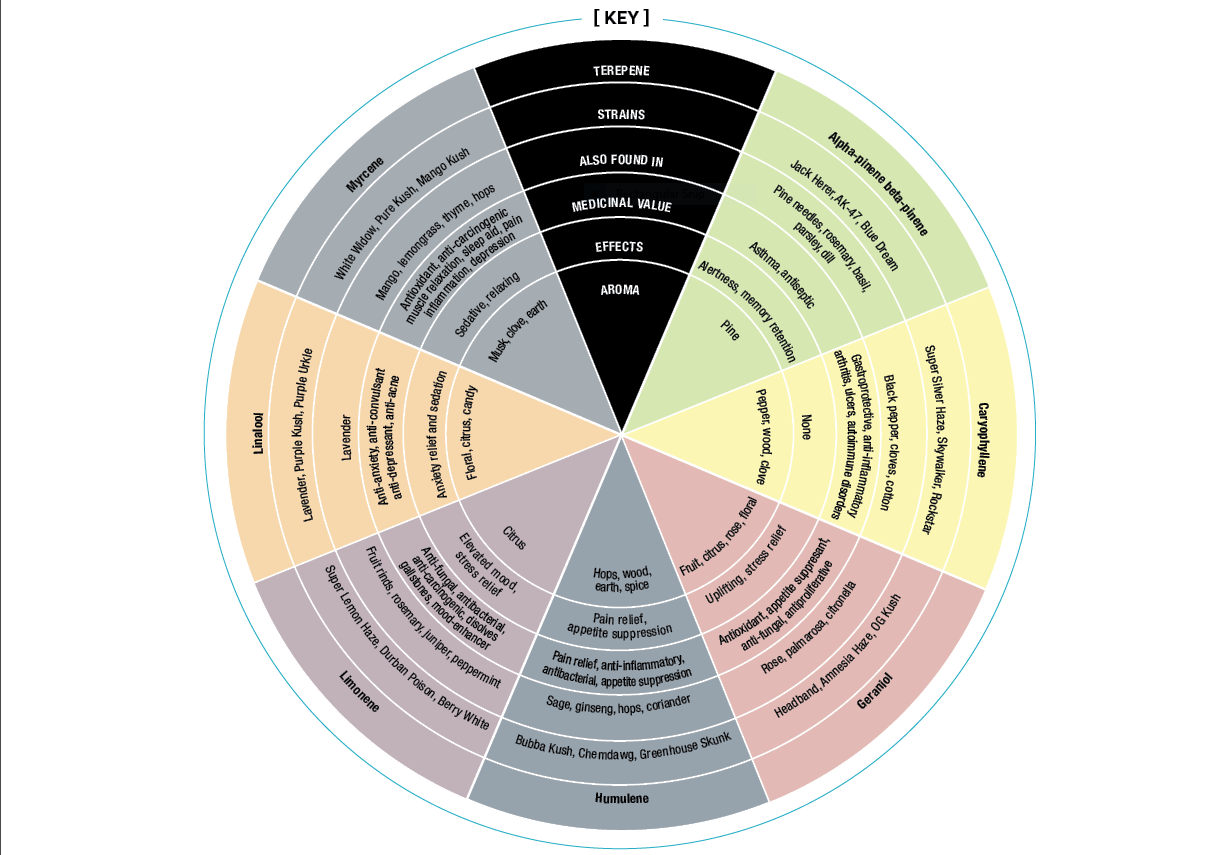 Many marijuana and terpene enthusiasts believe the unique effects of individual plants are the result of THC working in concert with other cannabinoids and terpenes.

Proponents of this phenomenon call it the “entourage effect.”

Many scientists, however, dismiss the theory as unproven at best – and a sham at worst. Entourage believers counter that there is already ample evidence to support the theory and urge more studies into how it can be harnessed for medical and consumer purposes.

So, what is the entourage effect, and is it real?

It’s an important question for marijuana cultivators, manufacturers and retailers seeking to offer consumers and patients cannabis products that will provide desirable effects. Understanding the entourage effect and the role of terpenes will go a long way toward fulfilling that goal.

The entourage effect has been observed elsewhere in the plant world, while its appearance in cannabis has been discussed in dozens of scientific publications, including the British Journal of Pharmacology, which in 2011 published an influential paper on the topic by neurologist and cannabis researcher Dr. Ethan Russo.

In general, the entourage effect refers to a few different scenarios where THC and other cannabinoids work along with terpenes to create certain effects such as euphoria, sedation and paranoia.

By itself, THC does not often create the effects consumers and patients want. Marinol, a THC-only drug, was used to counter nausea and appetite loss; but patients complained it caused paranoia and anxiety.

CBD, however, is known to counteract the paranoid feelings that THC can create by attaching itself to the endocannabinoid receptors and limiting the amount of THC that can be received, thereby limiting paranoia. Therefore, the less CBD a strain has, the more likely it is to provoke paranoia.

The primary effect of myrcene, another common terpene found in cannabis, is sedation. When myrcene is combined with THC, the result is a relaxed, sleepy high. Some strains that have good amounts of myrcene include skunks, Himalayans and White Widow.

“If we want to enhance the efficiency of any particular compound’s interaction with the endocannabinoid system, one way is through co-administration with other compounds,” Phytecs President Gary Hiller said.

Future terpene research will focus on figuring out the effects of different combinations and ratios of cannabinoids and terpenes.

“The future is systematically manipulating proportions of common components and studying the combinations,” said Dr. Juan Sanchez-Ramos, a neurology professor at the University of South Florida and the medical director for 3 Boys Farm, a licensed medical marijuana company in Florida.

Other areas of research include exploring whether the entourage effect is altered, depending on how cannabis is consumed. “It can hopefully lead to better therapeutics,” Sanchez-Ramos said.