Officials enacted the ban in 2010 to give the state some breathing room as it crafted regulations covering the burgeoning industry. But the moratorium apparently didn’t create a huge amount of pent-up demand.

Since lifting the ban in July, the state has received 31 applications for MMJ business licenses, according to the Medical Marijuana Enforcement Division (MMED). That’s an average of about five a month.

– Applications for cultivation sites: 20 (one has been withdrawn)

The numbers provide a glimpse of MMJ startup activity in the state. The 31 cannabis companies that applied for licenses over the past six months represent 4% of all MMJ applicants since Colorado began requiring businesses to get approvals in mid-2011.

That percentage does not, however, indicate overall growth in the number of cannabis companies. There’s actually been a net decrease in businesses – even when factoring in the new ones since July (more on this below).

The overall number of startups is relatively low when compared to business activity before the ban was enacted in the summer of 2010. At that time, dozens of medical cannabis businesses were sprouting up each month. The market has changed considerably since then. The state’s new regulations raised the barriers to enter the market, requiring entrepreneurs to spend tens of thousands of dollars to meet a host of requirements and obtain the necessary approvals.

The industry also has matured and found the correct balance between supply and demand. Like any industry, only the stronger businesses now survive. After hitting a peak of around 800 dispensaries at one point, Colorado has seen the total fall to around 525, according to the MMED.  Nearly 300 of those dispensaries have received licenses, while the rest are still going through the process. Many cultivation operations and MIPs have gone out of business as well (in Colorado Springs, roughly half have closed).

Here’s the latest industry data from the MMED: 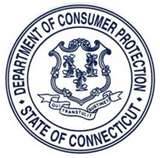