The Obama administration is facing pressure on numerous fronts to respect laws legalizing marijuana in Colorado and Washington. The latest plea came this morning, when the nonprofit group Law Enforcement Against Prohibition (LEAP) delivered a letter to the Department of Justice asking Attorney General Eric Holder to “respect and abide by the democratically enacted laws” in the two states.

How the government responds to legalization will ultimately determine the business environment for both medical marijuana operations and companies hoping to tap the recreational market.

“This is not a challenge to you, but an invitation – an invitation to help return our profession to the principles that made us enter law enforcement in the first place,” the letter states. It concludes by highlighting the failed battle against cannabis in general: “As fellow officers who have seen the destruction the war on marijuana has wrought on our communities, on our police forces, on our lives, we hope that you will join us in seeking a better world.”

The government has not yet issued an official statement about marijuana legalization in Colorado and Washington, creating a heightened sense of uncertainty over what’s next. Officials in both states have said they will move forward with legalization – and setting up a regulated retail system to sell cannabis – but have asked the Obama administration for guidance on how to proceed.

Reps. Ron Paul and Barney Frank have also asked Obama to respect states’ rights on the issue and refrain from “overriding the choices made by the voters of these states.”

The letter delivered today won’t sway the government on its own. But when combined with pressure from other lawmakers and groups, it could factor into the Obama administration’s decisionmaking process.

Weekly Wrapup: More States to Weigh Legalization + How to Succeed in the Cannabis Business 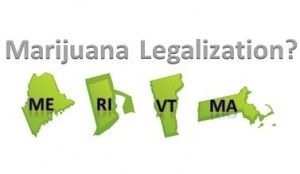