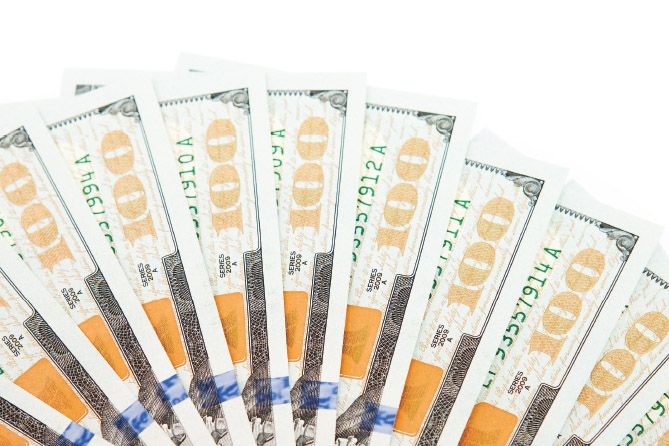 Fresh out of business school in 1962, Phil Knight hit up his father for a $50 loan to launch what would become one of the planet’s most iconic brands: Nike Inc., the giant maker of sneakers and athletic apparel.

Knight’s decision to ask his father for money is something marijuana entrepreneurs should keep in mind. To start or expand a cannabis business, you may have little choice but to ask family and friends for financial help. Although the investment climate is improving, more traditional avenues such as banks, venture capitalists and angel investors remain wary of marijuana.

Tapping friends and family, however, carries more risks for a marijuana company versus just about any other business.

Marijuana remains illegal in the eyes of the federal government, which might make your grandfather or former boss wary. And the new Trump administration poses an added threat, given that the president’s choice for attorney general and other cabinet picks are anti-marijuana.

But if you’ve maxed out your credit cards and borrowed against the equity in your home, you may have little choice.

That’s what happened to Kayvan Khalatbari, who ended up borrowing more than $150,000 from family and friends – plus marijuana patients and employees – when he co-founded the dispensary Denver Relief eight years ago.

Khalatbari and his partners sold the successful business in 2016, and he now focuses on Denver Relief Consulting, a cannabis consultancy.

If you’re going to reach out to your father-in-law or former college roommate, be aware that it’s not necessarily cheap money and can mean double-digit interest rates. It also requires careful planning and preparation, being open about what might happen if things head south and a determination to follow through on your plans.

Moreover, you have to be realistic: Your friends and family may not have deep enough pockets to totally bankroll your business. So you need to be flexible and seek out as many funding options as possible.

Here are tips from experts in the business:

Your plan must address anticipated revenues, costs and how and when you expect to pay back the money.

“The best way to make sure there are no misunderstandings on either side is to have everything in writing,” Khalatbari said.

That written agreement doesn’t have to be long. A two-page document should suffice, he said.

Glen Weinberg, a partner with Fairview Commercial Lending, has encountered what can happen without such documentation. Earlier this year, he lent about $300,000 to bail out a Colorado family that had a “handshake” funding deal for a marijuana business. One family member had decided to yank his money from the business.

“With friends and families, personalities get involved, but marijuana is a business and you have to treat it like a business,” Weinberg said.

2. Decide if you want to pay back the loan with interest or give people equity

Khalatabri said that’s a no-brainer. Accept a short-term loan, if necessary, but don’t give that person a piece of your business. A partner is a long-term relationship, like a marriage. Just because your brother-in-law makes you a loan doesn’t qualify him to be a partner.

But Bob Amter, principal of Denver-based Montegra Capital, which makes loans of $500,000-$3 million for dispensaries and warehouses with marijuana tenants, countered that giving a family member a small stake in the business may be the way to go. One of the main reasons: It might entice more people to pony up.

“Owning a piece of the business as a passive investor could ultimately be more rewarding to them than collecting interest on a loan,” Amter said.

In these days of ultra-low interest rates, a family member might be willing to accept a 4% or 5% return.

Khalatbari recommended paying the same rate a private lending firm would charge, which is far higher than what a bank would charge for a home mortgage, for example.

These firms, sometimes called hard money lenders, are not regulated by the government and are not bound by its lending rules. Unlike a bank, they lack a brick-and-mortar presence. You can find them through a Google search, or better yet through an introduction by a fellow marijuana executive. Often, hard money lenders will publish interest rates on their websites, which in late 2016 were running about 11%-14%.

“As a business owner, I want to get the lowest rate possible,” Khalatbari said. “But if family and friends are risking their money on me, I want them to get a market-rate return.”

Weinberg said the rate can be negotiated, but it should be more than what a bank would charge if it were in the business.

“You need to reward Uncle Joe for the risk he is taking,” Weinberg said.

He also suggested that loans be at least three years long if possible. Most of the family and friend loans he has seen were paid off at the end of that period, when the business is sold or new partners are brought on.

A better option, he added, is to amortize the loan and make a monthly payment, like a mortgage.

4. Be upfront about what happens if the business fails

If the business fails, Aunt Agnes could lose everything. As a lender, she likely will have no claim on the most important asset – the cash crop, because only a licensed dealer can sell marijuana.

“So if your brother-in-law gives you a loan, it might be like providing a loan with no collateral. That’s pretty important,” Amter said.

Weinberg added that any non-marijuana items, such as grow lights, may have little or no value if a business fails.

Fully communicating what would happen in a worst-case scenario is important when you’re dealing with people who might not have a deep investing or business background.

5. Make sure you are passionate about the business before you hit up friends and family for money

“If my mom asked me for $10,000 to invest in stocks, I wouldn’t give it to her,” Khalatbari said. “To me, that is about as cold as you can get. It’s all about money. I wouldn’t lend money to anyone – friend, family or a stranger – who is in the marijuana business because they hope to make a lot of money.”

“Anyone entering this business to make quick buck is in it for the wrong reason,” he said. “The gold rush is over.”

6. Know that friends and family may not have enough cash to get your marijuana business off the ground – or bring it to the next level

“If you are a widget manufacturer, you can rent halfway decent warehouse space for $6 or $7 per square foot,” Amter said.

Rent in a fully operational marijuana operation can cost two to four times that amount, he added.

A fully operational, 50,000-square-foot grow house – including the equipment, staff and real estate – can cost $7.5 million-$10 million, according to Amter.

In states where marijuana is firmly established, it’s hard for most friends and family to help you bootstrap a startup, the way Khalatbari did in Colorado in 2008.

“There is too much big, sophisticated money coming in,” he said. “You might still be able to tap familial relations is in states where recreational marijuana is just coming in.”

Unless, of course, your favorite uncle’s name is Phil Knight.