Currently, it’s illegal in Florida to sell pipes for smoking marijuana. But Amendment 2 – the measure to legalize MMJ – would approve the use of “related supplies,” in effect overturning the state’s “bong ban,” according to a key advocate.

While much of the hype around the legislation centers on the potential for dispensaries and cultivation sites, the new law could open up another avenue for entrepreneurs looking to get involved in the industry.

Florida legal experts hedged their bets when asked about the issue by the Tampa Tribune, saying it will ultimately be up to the the state Legislature to redefine legal MMJ paraphernalia.

Alternatively, the issue could be decided in court if law enforcement decides to make an issue out of it, since bongs and pipes aren’t expressly spelled out in the ballot measure. 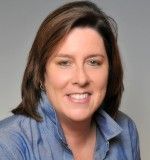