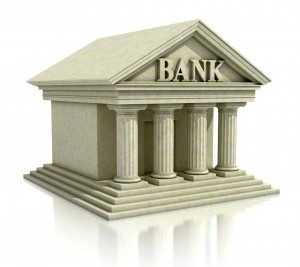 The past year wasn’t a particularly good one for the cannabis industry in one key area: banking.

Several financial institutions that openly served marijuana businesses – or had planned to – pulled back in the first half of 2015, citing the high cost of compliance. The industry then suffered a major setback in January of this year, when a court essentially ruled against a cannabis-focused credit union that was seeking to access the nation’s banking system.

Now, the industry is stuck in limbo, wondering whether banking relief will ever come.

As it stands now, many banks worry that they could be closed if they provide accounts to marijuana businesses – even though the federal government released guidance in 2014 meant to ease the situation.

Some say that the best bet for reform lies in the U.S. Congress, where there are bills in the banking and finance committees of both the Senate and the House of Representatives that would allow financial institutions to open accounts for marijuana-touching businesses.

But others say Congress is unlikely to act until a solution is found in the private sector, meaning entrepreneurs will have to come up with a fix.

Ashley Verville – a spokeswoman for Colorado Congressman Ed Perlmutter, who cosponsored the House bill (H.R. 2076, dubbed the Marijuana Business Access to Banking Act) – is optimistic that lawmakers might be able to get something done.

“If (the bill) were to reach the House floor, we think it would pass,” Verville said, adding that “it’s only a matter of time” before Congress acts on such a measure.

“As more and more states move to legalize either adult use or medical marijuana, I think Congress is realizing it needs to catch up,” Titus said. “Democrats see it as a good way to do criminal justice reform, and Republicans see it more in terms of states’ rights, but however you get there, we’re moving in the same direction.”

As an example, she points to an amendment – different than the marijuana banking access bills – that would have prohibited funds from being used to penalize financial institutions that provide services to state-licensed marijuana businesses.

The amendment was successfully adopted by the Senate last summer, and in 2014 it was attached to a broader finance appropriations bill that passed 231-192 in the House.

The amendment, however, was dropped from a final omnibus bill in the House last year.

“We’ll keep coming with it, because every time (we) seem to get a few more people on board,” Titus said. “The arguments, especially for banking, are just so obvious. If they’re able to do banking, there’s more record keeping, more accountability, it’s easier to tax and regulate.”

While supporters of reform are optimistic that Congress will take action, they doubt it will take place before the November elections. They also don’t expect action as long as the House finance committee is led by Rep. Jeb Hensarling of Texas, a staunch legalization opponent.

Cannabis industry supporters accuse Hensarling of not letting committee members vote on the H.R. 2076, thus blocking it from even reaching the House floor for a vote.

David Popp, a Hensarling spokesman, rejected claims that his boss is holding back congressional action on marijuana banking reform.

“Just to be clear, no vote(s) have been blocked,” Popp wrote in an email

There is also optimism in the Senate, where a bill, S1726, that is similar to the H.R. 2076 was introduced last year, but is also stuck in the chamber’s banking committee.

“As more states enact their own marijuana-related laws, there is growing interest in Congress to take a look at updating policies with some commonsense,” said Sen. Ron Wyden of Oregon in an email. “My colleagues and I will be using that momentum to build support for legislation to make it easier for businesses in Oregon and across the country to use banking services and pay their taxes as other legal businesses already do.”

The bill has 10 co-sponsors, including three Republicans.

Despite the optimism in Congress, some industry insiders don’t expect federal lawmakers to move unless tragedy strikes.

“What I anticipate is going to happen is that there’s going to be a robbery or some sort of violent crime associated with a state licensed business and there will be a media blitz that will get Congress to pass the Perlmutter legislation,” said Mark Goldfogel, executive vice president of industry relations for the Fourth Corner Credit Union, the startup financial institution that lost the key court case mentioned earlier.

Tosetti also believes that it’s in the interest of banks to adopt cannabis banking standards because whether they know or like it or not, they have cannabis-touching clients.

“By developing an effective compliance program, there would be tremendous value in their franchise,” Tosetti said.

“I have seen an uptick in the number of banks willing to take deposits from the industry,” he said.

11 comments on “After Year of Setbacks, Future of Cannabis Banking More Uncertain Than Ever”