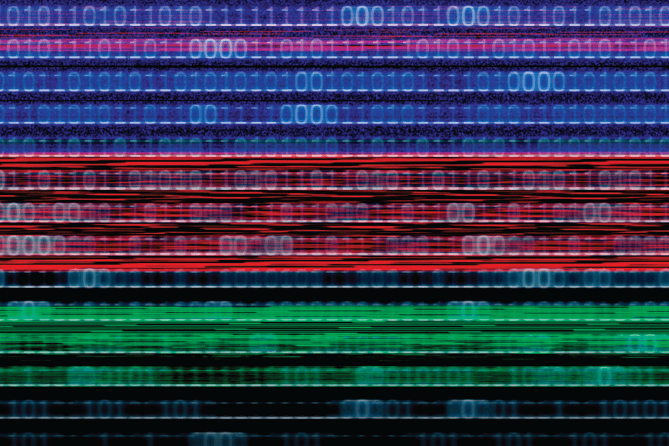 It’s good business to keep up with technology and use it to make your medical cannabis dispensary or recreational shop run efficiently.

But it’s bad business to rely on it exclusively, especially if you lack a backup plan in case your technology crashes. In short, it pays to be prepared if things head south – and it’s not difficult to create a strategy to control the damage.

That lesson was made painfully clear in early January when MJ Freeway’s widely used software platform for cannabis businesses crashed. The incident sent more than 1,000 marijuana retailers in 23 states scurrying to handle everything from sales and inventory management to regulatory compliance issues. Many were forced to shut temporarily because they were unable to meet state requirements for tracking and recording sales, while others that stayed open took longer than usual to execute transactions.

“It’s a slaughterhouse when you look at how much business was lost” on the first full day of business after the system crashed, said Moe Asnani, co-owner of The Downtown Dispensary in Tucson, Arizona.

The dispensary, which used MJ Freeway’s software, had to close for a full day. Asnani estimated he lost several thousand dollars in sales because of the closure and that the industry’s losses could total in the tens of millions, though that’s impossible to verify.

Not If, But When

When Asnani realized the software wouldn’t be up anytime soon (MJ Freeway still hadn’t fully recovered when this magazine went to press in late January), he had employees record sales information by hand. The dispensary was then able to open its doors after closing for a day.

Asnani was somewhat prepared: Before MJ Freeway’s system crashed, he exported data saved from the POS system – including product, sales and patient information – to a spreadsheet once a week. He last did it three or four days before the crash, so the dispensary didn’t lose too much information.

And because Asnani had the raw data backed up on the spreadsheet, he was able to provide it to an MJ Freeway engineer who, in turn, was able to restore it once the company got its software platform back online.

Many retailers, however, were not prepared and shut for days, losing thousands of dollars in business.

Steve White – CEO of Harvest Inc., which owns two stores in Arizona and has stakes in two dispensaries in Nevada – learned from previous experience.

“We’ve had (the system) go down before, so we were prepared,” said White, whose locations all use MJ Freeway. “You must prepare for those eventualities because sometimes things happen.”

After the first time it happened, “we decided it was irresponsible to be reliant on somebody else to provide service to our customers,” White said. “So we developed our own internal redundancies that would allow us to operate if it went down again.”

White and his team developed a strategy under which employees can record sales manually using calculators, pens and papers. This process involves creating backup paperwork that staffers can fill out if the electronic system crashes.

The forms are not hard to create and typically are no more than one page, retail owners said. The kind of information you need to record on your form can be retrieved from the online system that is being used, or gleaned from state regulations. Some states, like Nevada, even provide guidance on what dispensaries must do in case of a power outage or system failure, including the type of information that needs to be recorded.

Given that regulations vary significantly by state, entrepreneurs with businesses in multiple markets won’t be able to use the same template for different locations. Still, most states have pretty standard requirements.

Another backup strategy includes implementing recordkeeping policies that go above and beyond what the state wants, while some dispensaries and rec shops ensure they keep backups of important information used to analyze their businesses.

“Those forms will guide employees in a checklist format to ensure they are covering everything that’s required,” said Kayvan Khalatbari, a founding partner of Denver Relief Consulting.

Once a backup program has been established, the next step is to teach employees how to implement it.

Many companies that have a plan incorporate it in the training that employees receive at the beginning of their tenure. The problem with that is the program may not be needed for many months or even years. And by the time the technology does crash, most people have forgotten how to execute it.

“What we typically do in that instance, if we know there’s an issue, people get to work early. We go back over that process. People have calculators, and it’s very old school,” White said.

Asnani acknowledged it was a challenge for his employees to adapt after the business went manual following MJ Freeway’s crash in January.

“We were training as we went,” Asnani said. “It was hard for employees to react.”

One problem is the sheer amount of labor involved in recording sales manually. For example, Asnani’s store has over 300 sales items, but prices aren’t written out on them. Rather, the products have bar codes.

“It’s a pain to punch in a 20-digit alphanumeric patient ID number and batch number, producer ID, supplier ID,” Asnani said. “It’s easier to copy and paste these numbers rather than write them by hand.”

For example, Asnani said his transaction times went from two to three minutes to five or six minutes per sale.

Still, it beats the other option. “The alternative is shutting your doors and closing for the day,” Khalatbari said.