The rally in the United States bodes well for the thawing of the capital markets for U.S. operators – at least for those that can show strong and profitable revenue growth.

Since at least January and as recently as April, U.S.-focused stocks have traded at a discount to Canada-focused stocks, despite showing faster revenue growth and higher margins in a larger market with more legalization catalysts.

If nothing changes, Canada arguably should trade at a higher valuation because marijuana is federally legal there and cannabis firms pay a normal tax rate.

But if you expect legalization to expand in the United States, then the resolution of these issues is precisely the reason for higher multiples for the U.S.-focused operators.

Increasing US growth vs. estimate cuts in Canada

The general theme for second-quarter earnings for the U.S.-focused operators was resiliency and stronger-than-expected sales results during the COVID-19 pandemic, while Canada-focused firms discussed price pressure and capacity rightsizing.

The second-quarter sales results were generally in line or beats for the U.S., while nearly half those reporting in Canada missed expectations.

Since valuations and stock prices are always forward-looking, the more important driver for the stock prices is the change in forward estimates.

The Canadian sales estimates for the second half of 2020 declined 5% on average; for 2021, those estimates declined 1%.

On conference calls to discuss the results, executives at U.S. companies typically noted that cannabis sales acted more like resilient consumer staple products in the face of COVID.

“We are seeing increased demand across the country without exception,” said Joe Lusardi, CEO of Massachusetts-headquartered Curaleaf.

By contrast, the Canadian market noted price pressure as the market shifted to value brands to gain share from the illicit market.

While cutting price to drive volume is a logical strategy for an oversupplied market, investors are typically wary of price cuts to drive volume given the potential impact to margins if costs cannot be similarly cut.

“I know some are concerned about the growth of the value segment and potential for further price compression in the industry. … (The) value segment plays an important role in converting illicit sales into legal sales,” he said.

Klein later noted that “our ability to compete in all price segments will help build scale, which will enhance our margins.”

Ontario-based Aphria also noted price pressure from a shift to value product. Despite having nearly 500 million Canadian dollars ($380 million) on the balance sheet, the company announced a $100 million at-the-money offering.

Valuations now in line, but US cheaper on EBITDA

With the rise in the U.S. stocks and the decline in the Canadian companies’, the past Canadian premium has now vanished. The two segments now trade at similar valuations on sales, while the U.S. still trades at a discount on EBITDA.

The valuations are starting to incorporate continued price pressure in Canada and the strong margins and improving regulatory outlook in the U.S.

Though average revenue growth is similar for the two, the U.S. is expected to show much higher EBITDA profitability with an average margin of 28% (22% excluding Innovative Industrial Properties’ 88% margin) vs. break-even on average for Canada.

This leads to a lower valuation at 15.0 times 2021 EBITDA for the U.S.-focused companies vs. 29.5 times for the Canada-focused operators.

A thaw in US capital markets?

For private marijuana companies, the rally in U.S.-focused stocks might be the first step to thaw the frozen private capital markets – at least for private companies that can clearly communicate a quick path to positive cash flow (if not already generating it) and simple capital structures.

These tables skew to such qualities because they list only the companies of scale that reported during the second-quarter earnings season before Aug. 18.

Consequently, the tables do not include companies such as MedMen Enterprises and iAnthus Capital Holdings, which are in the process of restructuring their capital structures, or smaller companies with market capitalizations below $90 million.

Others companies, including Ayr Strategies, Cresco Labs, Planet 13, TerrAscend and Vireo Health International, are expected to report their second calendar quarters in the next week. 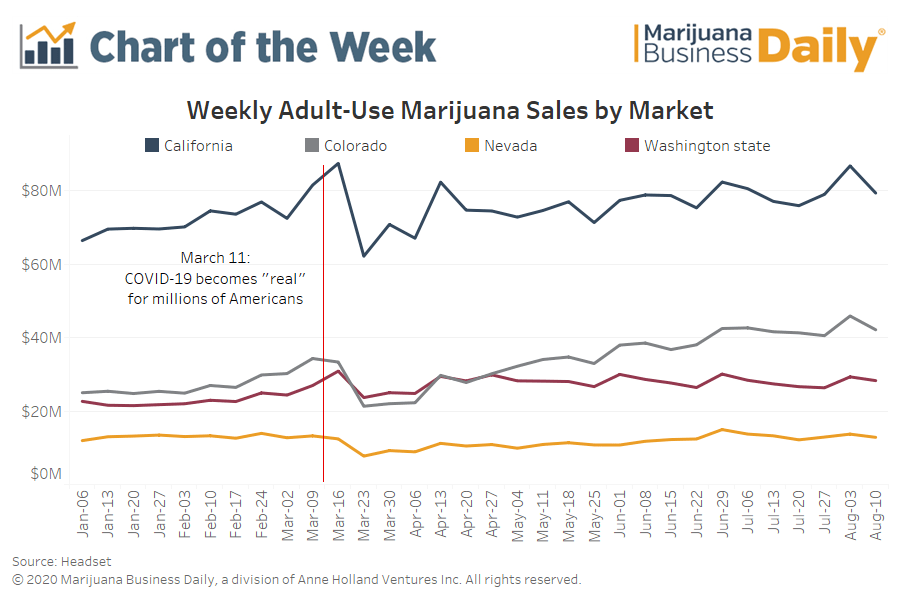