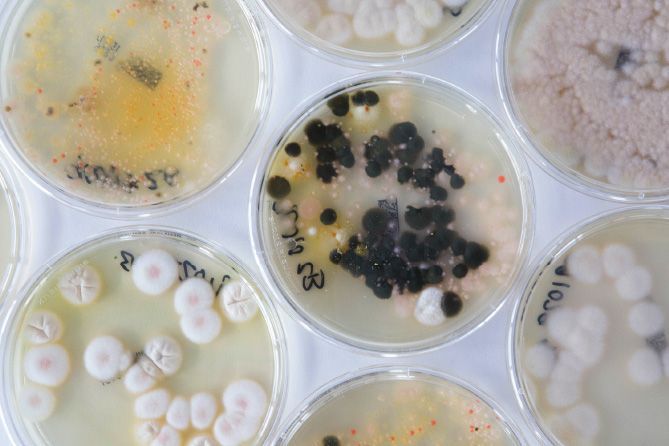 The key to building a successful national brand is consistency. But that’s a tall order in an industry where it’s illegal to ship the main product across state lines.

“You can make Crest toothpaste in one location and distribute it around the U.S and know it will all be the same,” said Scott Cathcart, executive vice president of global expansion at Steep Hill Labs, a marijuana-focused science and technology company. “You can’t do that with cannabis.”

The federal ban on interstate marijuana shipments means expansion-minded testing companies like Steep Hill typically must either open their own labs in each state or license their processes, name and technologies to on-the-ground partners.

Steep Hill has pursued both strategies while expanding beyond its original location in Berkeley, California – which it opened in 2008 – and discovered that the licensing route is best. The company now has licensees in Alaska, Hawaii, Maryland, Pennsylvania and Washington DC and recently announced license deals in Los Angeles and Arkansas in addition to the three labs it initially opened itself.

The big challenge is ensuring consistency in results. On this end, the company has taken steps to ensure its different labs employ uniform testing practices across the nation. Each lab, for example, follows the same stan-dard operating procedures (SOPs). That means workers from one lab to the next follow the same practices for sample selection and test preparation. Steep Hill also goes to great lengths to train staffers – including workers at its licensees – and uses technology to ensure technicians across the nation are following the SOPs.

Here’s a look at how the company approaches licensing and consistency.

After initially launching with a lab in Berkeley, California, Steep Hill expanded by opening company-owned facilities in Albuquerque, New Mexico, and Tukwila, Washington (near Seattle). But it then switched from owning its labs to a licensing model because of the expenses tied to building, equipping and staffing a facility from scratch. It was costing $1 million-$1.5 million to establish the most basic lab, said Reggie Gaudino, vice president of scientific operations and director of intellectual property for Steep Hill.

Plus, teaming with somebody already on the ground brought added advantages.

“It’s all about spreading the footprint with local partners who understand their particular markets,” he said. “The right way to do it is to involve somebody who’s locally connected and wants to bring the best science in.”

The licensees often are teams of doctors, laboratory specialists and health-care experts. When Steep Hill expanded to the East Coast last year, for example, the company licensed its name and technology to a group of physicians wanting to open a lab in Baltimore. Steep Hill Maryland’s CEO is Dr. Andrew Rosenstein, the chief of the division of gastroenterology at the University of Maryland St. Joseph Medical Center.

In other cases, already established cannabis testing labs seek a license agreement from Steep Hill. In those instances, the existing company is rebranded with the Steep Hill name. In Hawaii, for example, Spectra Analytical Lab struck an agreement with Steep Hill and became Steep Hill Hawaii.

What’s in it for the licensees? They get to use Steep Hill’s:

The goal: Ensure employees and executives know every component of the business, from sample intake to conducting the tests. More broadly, they are trained on everything from science and the law to how to talk to the media.

“No matter what state you go to, whether it’s a corporate or licensee lab, the results follow the same methodology,” Gaudino said. “Having consistency across states is the only way for a national company to do business. If a company is using different labs in different states, there’s no standardization.”

Though the labs may be equipped with machines made by different manufacturers, the training ensures the methodology is consistent. The company monitors its licensees through its lab software – known as Laboratory Information Management System (LIMS) – that connects all facilities to a central data-acquisition center.

“We have very powerful real-time data analysis,” Gaudino said. “When the proper sequences are not seen, we can say, ‘You need to do that instead.’”

Steep Hill has begun expanding outside the United States. In March, the company struck a partnership with iCAN: Israel Cannabis – an Israeli medical marijuana company – to establish a testing lab in the Middle Eastern country. Under the deal, iCAN gets access to Steep Hill’s scientific know-how, intellectual property, licensing, genetics and remote testing.

The joint venture came together when Gaudino was attending a conference in Israel, where a speaker from Hebrew University of Jerusalem was outlining the school’s goals for the future.

“I asked to borrow the speaker’s last slide,” Gaudino recalled. “He had listed seven milestones, and we’d already done the first five. We were that far ahead in genetic research in cannabis.”

The company was invited back to speak at another conference, which culminated in its partnership with iCAN.

Elsewhere, Steep Hill is working on a deal to launch a lab in Jamaica, where it has a partnership with the University of Technology, Jamaica.

“We have very aggressive expansion plans,” Cathcart said. “Licensees seek us out – we have countless inquiries from around the world. We intend to be in every legal market in the world, but we will only go in with the right partner at the right time.”