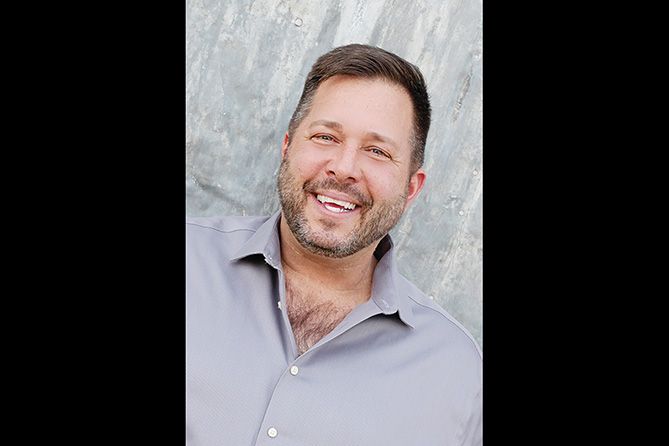 As one of the self-described pioneers in the first state to implement recreational marijuana sales, Andy Williams has been thinking for years about how he and other Colorado cannabis entrepreneurs will be able to survive the influx of Wall Street capital and economies of scale. His answer? To band as many of those small companies together under the umbrella of consulting firm Medicine Man Technologies, which bought up nine other plant-touching businesses in Colorado between January and September, with more likely to come.

Marijuana Business Magazine recently sat down with Williams, the co-founder and CEO of Denver-based Medicine Man Technologies, to talk about his company’s acquisition spree in the wake of Colorado House Bill 1090, which was signed by Gov. Jared Polis in May to allow ownership and investment by public companies as well as out-of-state investments.

“HB 1090 was the lynchpin for us. … That was the kickoff,” Williams said. “I’ve been preparing for this for five years, ever since I started Medicine Man Technologies. So I’ve been ready to go, and we’ve just been executing that plan ever since.”

How has expansion been going for Medicine Man? What can you tell us about your plans?

We started Medicine Man Technologies in 2014, and we took it public for a few reasons. We thought we could grow the company from just a consulting company into something bigger, which we’ve done.

We want to be able to compete against what we see as a natural progression of the growth of an industry, which is companies rolling together and taking advantage of economies of scale. And if we didn’t roll together, we knew that either our businesses would dwindle away because we wouldn’t be able to compete, or we’d be sucked up into some Canadian company one by one, never really getting the benefit of all of our hard work.

So now what we’re doing is banding together as pioneers in Colorado to achieve economies of scale that will enable us to compete against the inevitable maturing of this industry by keeping the same people who started this industry and grew and protected and fought for this industry together under one roof.

And every company we’re rolling up together is profitable. So, not only are we going to have the top line, but we’re actually going to have a bottom line.

HB 1090 goes into effect Nov. 1, and I’m looking at about a four-month process through (state regulators), so we’re looking at March or so for these deals starting to close. Once that happens, we’ll be moving on to other states and other countries to have a presence.

How do you identify acquisition targets?

Los Sueños is the largest North American producer of cannabis all by itself. The first thing I wanted to secure was supply for a large distribution system, and that is certainly a key element of that. They’re producing marijuana for under $100 a pound, and those are real numbers. We’re going to have supply at all levels: outdoor and greenhouse as well as indoor.

Then, we needed the ability to process that marijuana. So, with Purplebee’s, that brings huge capacity in terms of the amount of cannabis they can process and turn into distillate. With that one company, we can process everything we grow.

We also have products. You have to look at the pinwheel of products … and you want product in as many of those segments as you can get, so we targeted marijuana-
infused product companies that hit those. We wanted a vape pen, we wanted concentrates, we wanted tinctures.

You look at all those different categories and ask, “What company is leading in that segment right now?” And then we go to them and see if we can convince them that we’re a good choice (to partner with).

Then, of course, the dispensaries: We want great operators, but we also want footprint. We want to be able to be accessed by consumers all over the state, especially with delivery coming (in the future).

Are people looking for cash acquisitions, or are deals typically based on stock options?

Everybody is wanting cash and stock. Stock-only deals don’t resonate with people. We all have tax bills, and we have to pay them.

Have you had out-of-state investors banging on your door? How do you decide which investors you want to do business with?

That was a real chore. Since HB 1090 passed, I have gotten some calls, but I don’t really entertain them. What we were looking to line up was prior to it passing, and I was heavily involved in it.

In January, we went out on a non-deal road show and spent 3½ months on the road, looking for that perfect partner. The partner we were looking for brought not just money … but somebody who could add something operational that we didn’t have.

At almost the last stop on our road show, I met Dye Capital & Co. and Justin Dye. He’s the guy who took Albertson’s from a less-than $10 billion company to a $60 billion company … and made $40 billion in acquisitions and divestitures and integrated all those companies. He loved our story and said, “Listen, I’m going to come in and help you. I’ve got the Rolodex of people who have been there and done that, with the things that you’re missing.”

So it was really a match made in heaven, and Justin is now the chairman of our board, and he’s extremely valuable because of the mentoring that he brings to us and the Rolodex that he has. He brought $21 million in capital for this initial round, which includes building out infrastructure and money for some of these acquisitions. He’ll also be anchoring our next money raise, which we’ll be doing here prior to these deals closing.