How to avoid the Facebook & lnstagram censors, and what to do if you get kicked off

by Nancy A. Shenker

Over the past few months, scores of marijuana-related companies have been targeted by the social media giants in what appears to be the latest case of cannabias.

Facebook has been the worst offender, abruptly deactivating the pages of hundreds of businesses this year and cutting off their access to a billion users. Instagram, which is owned by Facebook, has taken similar moves as well, albeit to a lesser degree.

Companies that touch cannabis, primarily dispensaries and recreational stores, have felt the brunt of the crackdown. But even ancillary businesses that don’t handle the plant have been affected.

So how can you lessen the chances of getting caught up in the crackdown, and what alternatives can you use to market your business?

Industry professionals recommend taking special care in your posting strategy, utilizing media other than Facebook and Instagram, and following specific steps to prepare in advance for a sudden de-activation.

A spokeswoman for Facebook told Marijuana Business Daily recently that the company doesn’t permit any content that “promotes the sale of marijuana regardless of state or country.” Non-promotional cannabis-related content, however, is allowed, she said.

The line between the two is blurry, and numerous companies that have been kicked off felt they were operating within those guidelines. Some attorneys also argue that many pages are essentially “communities” focused on educating, not advertising.

The safest route is to refrain from offering discounts, pricing data and other information that could be construed as encouraging the sale of marijuana.

But Olivia Mannix, co-founder of the marketing and consulting firm Cannabrand, said even something as simple as posting a list of dispensaries where people can buy your products could get your company in trouble.

Aside from steering clear of obvious posts/photos promoting the sale of marijuana, Mannix said companies should:

1. Avoid controversial imagery. Using cartoons or photos of packaging that might be appealing to children puts you in the danger zone.

2. Be careful when using hashtags. Although an effective social media tactic, using cannabis-centric hashtags draws the wrong kind of attention to your page and could increase scrutiny.

3. Try to educate about the category, rather than focus on specific products. Share articles and perspectives from the mainstream media, not just from cannabis-centric publications, which helps position your page as more of an educational resource.

If your page or account is deactivated, you can try simply waiting: A handful of companies said their accounts magically reappeared after a few days or weeks.

You can also try to start a new one from scratch.

One way is to use abbreviations or acronyms in your account name, for instance. Some businesses have simply tacked on the state they are based in after their company name.

But you’ll still lose all your followers, and you might have to modify your strategy to maintain the new account.

Colorado-based LivWell, one of the largest retail cannabis chains in the country, said its Facebook page was deactivated when it hit 10,000 “likes.”

Matt Givner, the company’s marketing director, has since put up a new page but refrained from boosting any posts (which involves paying for them to be viewed by people outside the company’s fan base). He started with a new name and began building up his fan base again, which is now up to about 1,500 – a far cry from his original level.

Graham Sorkin, director of business development for Mary’s Medicinals, said it’s extremely difficult to navigate what is and isn’t acceptable.

“Everything is murky these days,” he said.

Mary’s Medicinals is one of three companies under the same business management. One of those companies saw its Facebook page – which had a follower base of 20,000 people –deactivated.

Sorkin reached out to a dozen people at Facebook and then went on a crusade to get clarification of the company’s policies. He has also put up a new page focused more on education than sales. The page avoids strong calls to action and also doesn’t mention specific dispensaries that carry the company’s products.

Companies that have been targeted should immediately seek other marketing avenues.

While each state places different restrictions on cannabis advertising – and many companies still reject marijuana-focused ads – Sorkin said businesses should explore some old-school methods including:

This last marketing method, meeting people face-to-face at events, has proven to be particularly useful for LeafLink, which offers an online wholesale management platform that connects cannabis retailers with vendors. The startup company has not been directly affected by the Facebook ban, but many of its current and potential customers have.

“The cannabis community is unique in that it’s so friendly and tightly-knit, so building a network through face-to-face connections is easy,” said Ryan Smith, the co-founder and CEO of LeafLink.

LeafLink has even launched its own educational blog to engage
with existing and potential customers.

There are also cannabis-focused social media services, such as Mass Roots, Weed Life, Duby and Social High, that can serve as alternatives to Facebook and Instagram.

“These are (services) where cannabis companies, patients and consumers can interact and not have to worry about being shut down,” Mannix said.

Other companies, such as Cannabis Reports, allow businesses to create profiles that consumers can use to view product quality and review their experiences, while review sites such as Leafly and WeedMaps offer marijuana businesses a way to get in front of scores of consumers.

For any direct-to-consumer business, maintaining a robust consumer database and e-mail marketing system outside of Facebook can be a smart strategy.

The key is to diversify and plan ahead so you’re not left scrambling.

“Plan your marketing as if you’ll wake up tomorrow and find that your Facebook page is gone,” Sorkin said.

A $10M fight in the Sunshine State: Q&A with John Morgan on Florida MMJ legalization 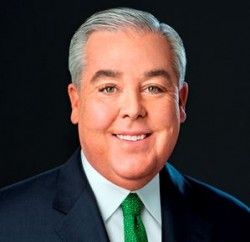