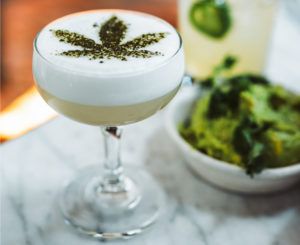 And that business forecast continues to prove on point with the groundbreaking announcement that North America’s largest wine and spirits distribution company signed an agreement to become the exclusive product distributor for one of Canada’s largest licensed cannabis producers.

Under the agreement, Great North Distributors, a wholly owned Canadian subsidiary of U.S.-based Southern Glazer’s Wine & Spirits, will serve as exclusive manufacturer’s representative for Aphria’s adult-use cannabis products in Canada. Aphria is based in Leamington, Ontario.

The distribution deal is the first of its kind in Canada’s marijuana industry and is likely to be followed by additional inroads involving Big Alcohol.

Southern Glazer’s announcement adds to the growing list of alcohol companies unveiling moves into the Canadian cannabis market. They include:

What does this mean for Canada’s cannabis industry? Here are four takeaways:

Kaden cited the Ripshtein hire as evidence of the company’s ongoing courtship of Big Alcohol, and specifically Diageo.

That means alcohol companies could potentially join with cannabis businesses in an effort to tap some unique forms of expertise.

“The biggest thing the alcohol guys are concerned about is can they do the science? They need R&D,” Navy Capital’s Kaden said.

“Creating a cannabis cocktail with controlled release and onset times takes a lot of science. That expertise is hard to find.”

And speed is becoming increasingly important.

“They need to get involved sooner, not later,” Kaden added, “because they can’t get involved when its already legal and it’s time to have products out, because they’ll be way behind.”

3. Pay attention to what this means in the U.S. market

Southern Glazer’s move is perhaps another signal that major mainstream American companies are looking at the Canadian market as a venue to develop their cannabis expertise. Then they could be better prepared if and when the United States removes the federal prohibition governing cannabis.

“With the Canadian market being federally legal, it gives bigger companies a chance to test run a strategy, in this case distribution, in a federally legal jurisdiction,” said Nextleaf’s Pedersen.

A Southern Glazer’s representative, however, denied the company has any interest in the U.S. cannabis market.

“Our role in the distribution of cannabis is limited to Canada at this time.”

4. Keep an eye on scale, efficiency

Observers also see this partnership as another clear signal that consolidation is inevitable.

“This is going to be an industry dominated by a handful of players, three to six, and a lot of craft guys,” Kaden said. “This market is going to be all about scale and efficiency.”

“They’re using one of the world’s largest alcohol distributors as an internal salesforce,” Kaden said. “That saves Aphria from putting together a full-fledged sales team because they have an experienced alcohol group that’s going to fight for shelf space.

“It’s a more efficient way for Aphria to maximize its resources right now and get an experienced group at a fifth of the cost of putting together a sales team yourself.”