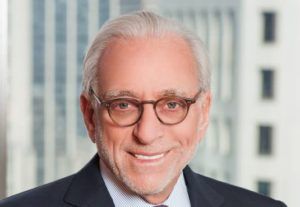 Nelson Peltz will join Aurora Cannabis as a strategic adviser to help the company lock in partnerships and expand internationally – a move seen as a major vote of confidence for the Canadian company and broader marijuana industry.

In exchange, the Edmonton, Alberta-based company will grant Peltz options to purchase almost 20 million shares in the company at 10.34 Canadian dollars ($7.73) apiece – making him the second-largest shareholder, if exercised.

The deal does not involve Peltz joining Aurora’s board.

Peltz immediately increases the likelihood of strategic partnerships, according to analysts.

“We believe he could be instrumental in facilitating discussions with large (consumer packaged goods) companies,” GMP Securities analyst Martin Landry wrote in a note to investors.

He said Peltz’s firm Trian has been involved with a number of internationally leading CPG companies such as PepsiCo, Dr Pepper Snapple, Kraft Foods and Heinz.

“Peltz brings a network of relationships with large potential strategic companies that (Aurora) could partner with across medical and consumer applications,” she said.

“In addition, we think (Aurora) will be more patient in partnership selection than its peers, particularly regarding equity investment.”

Peltz’s stock options will vest ratably over a four-year period on a quarterly basis, Aurora said in a news release.

That will be “subject to accelerated vesting based on the occurrence of certain specified events, which include the consummation of certain defined transactions and the closing price of Aurora’s common shares being at least CA$31.02 and additionally CA$41.36 for a specified number of trading days.”

Peltz may exercise any portion of the option before the seventh anniversary of the date of grant.