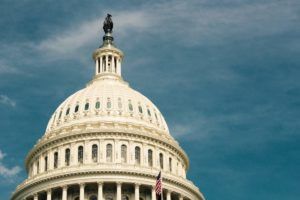 “Forty-seven states have legalized some form of cannabis, yet the federal government is still getting in the way of further progress on the potential for research,” said Rep. Earl Blumenauer, an Oregon Democrat and co-sponsor of the Medical Marijuana Research Act of 2019.

Currently, the only marijuana available for legal research comes from a contract the National Institute on Drug Abuse holds with the University of Mississippi.

Lawmakers have urged that other researchers and universities receive federal authorization to grow research cannabis.

The U.S. Drug Enforcement Administration (DEA) created an application process for growers but has dragged its heels on acting on more than two dozen applications.

The bill, according to sponsors, would:

Douglas Berman, director of Ohio State University’s Drug Enforcement and Policy Center, told Marijuana Business Daily that a niche bill such as the MMJ research proposal generally has a better chance for approval than a more sweeping cannabis reform measure.

The bill already has the support of groups such as Smart Approaches for Marijuana, the Marijuana Policy Project, the American Psychological Association and the American Academy of Neurology.

A bipartisan group of U.S. Senators also recently introduced a bill to bolster CBD and marijuana research. That measure has the backing of the American Medical Association.