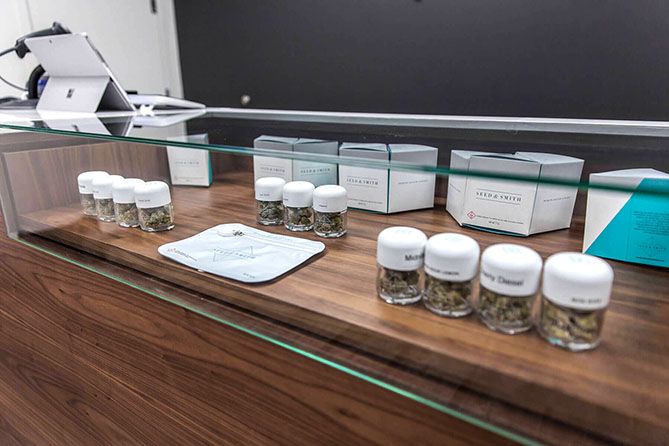 Branding is key to separating your cannabis company from the competition. But is it important enough to spend tens of thousands of dollars on an outside branding agency?

As with most business decisions, the first consideration should be your budget—and many cannabis companies are bootstrapped and might not have the same access to capital as other businesses, said branding expert Taylor West. She helped Denver-based Cohn Marketing and its cannabis arm, Cohnnabis, win a Davey Award for the packaging design of Denver cultivator Seed & Smith; West has since co-founded her own firm, Heart + Mind Media.

“A good brand is a true investment. It does ultimately pay off in the long run. If you have done good work with your brand, that can be done with an in-house marketing person if they are familiar with developing a brand,” West said. “But I do think sometimes you get better results when you work with an outside set of eyes—especially smaller companies where typically the founders have played almost every position on the field.”

Just because company founders have figured out their company’s identity doesn’t mean they know how to present it to the rest of the world, West said.

“Sometimes branding can really benefit from that outside perspective. Deciding to hire an agency gives you the opportunity to benefit from people who are looking at it without knowing all of the ins and outs and blood, sweat and tears that have gone into it and instead are able to distill your story into something that’s powerful and meaningful to consumers,” West said.

“Branding projects can vary extremely widely, depending on the scope, deliverables and type of agency you’re working with. But you can expect a true brand-strategy process—including research, messaging, positioning and visual expression—to run $15,000-$25,000 on the low end and $60,000-$100,000 for more extensive work or a more established agency. Keep in mind that mainstream national consumer brands regularly spend hundreds of thousands of dollars (or more) on brand development, so we’re still talking about a fraction of traditional marketing budgets,” West said.

If your budget isn’t big enough to hire an agency, sometimes a freelance marketing consultant or graphic designer is enough to help “get you on the right foot,” said Brian Williams, a principal with Rival, a Los Angeles branding agency that has worked with Willie’s Reserve and Burnwell.

Williams said freelance and graphic designer costs can vary widely and often depend on whether they are contracted hourly or by project. He noted that a good freelance graphic designer will charge about $50 per hour, while new firms seeking clients on a project basis could cost even less. The services of more established freelancers can cost as much as five or six figures per project.

If your budget can’t handle a branding agency, West recommended design shops with a strong brand mentality. “While a graphic designer isn’t going to produce a full-fledged brand strategy, a good one will probe enough into your company identity to at least move the process in the right direction,” she said.

Williams added: “Once your business starts earning money, then you can start dedicating a larger portion to a very fast rebrand.”

NEXT: Marketing with Moxie