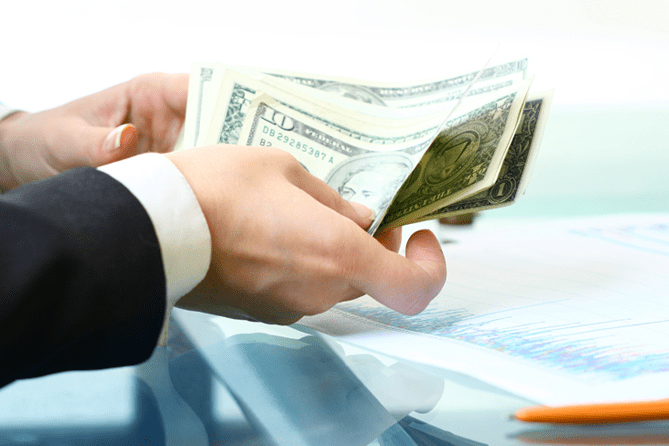 Some cannabis retailers have managed to establish a banking relationship, but it isn’t easy to get – or maintain – an account

Tim Cullen has lost a lot of bank accounts over the years.

“Man, I’ve been kicked out of more banks than I can name,” said Cullen, CEO and co-founder of the Colorado Harvest Co., which operates medicinal and recreational cannabis stores in the Denver area. “Well, if I did name them, it would probably be over 15 banks.”

Fortunately, the situation has improved slightly in recent times.

Cullen used to have to find a new bank account every six months or so in the early days. But he has had a relatively steady relationship with a local credit union (which he declined to identify) for just over a year now. The credit union provides Colorado Harvest with all the minimum banking services, including checking accounts.

Cullen has done what many dispensaries, recreational marijuana stores and cannabis companies in general cannot do: find a bank account.

According to a survey of industry professionals conducted in November by Marijuana Business Daily, 60% of all cannabis companies currently do not have a banking relationship. About 54% of marijuana retailers don’t have accounts, while a whopping 81% of wholesale cultivators fall into that category.

Businesses that have managed to land an account say doing so involves a lot of determination, ample preparation, a bit of luck and – more often than not – some connections.

But establishing an account is only half the battle: keeping it can be just as hard, while monthly fees can chip away at your bottom line. Additionally, the handful of lenders in the nation willing to knowingly provide banking services to the industry take a hard look at cannabis customers, so the initial and ongoing requirements for a marijuana company can be difficult and time-consuming.

The top question cannabis retailers have for their peers who have bank accounts is “how did you find a bank willing to work with you?”

Of course, the easiest way to find a bank is to seek out the few that openly serve the industry, such as Salal Credit Union in Seattle (see sidebar) and Maps Credit Union in Oregon. Most of these, however, are located in the Pacific Northwest and only serve locally based companies. And there truly are only a handful in the nation.

In other states, retailers have managed to find bank accounts with institutions that want to keep it on the down-low. Cannabis executives are extremely reluctant to share the names of these banks, as doing so could jeopardize their accounts if word gets out. For one, it could invite more federal scrutiny. It also would likely lead to an avalanche of requests from other cannabis businesses, which would also create too much attention.

But dozens of banks and credit unions across the country are working with marijuana companies. For the most part, though, you’ll have to put in a lot of time finding them.

Cullen heard about the credit union he uses now via networking.

“We found our current banking situation by being associated with professional organizations that told us about the opportunity,” Cullen said, saying that the Colorado-focused Marijuana Industry Group in particular was helpful.

For Brad Zerman, the chief executive officer of a new Chicago-area dispensary, it came down to connections – at first.

Zerman started out at a bank owned by his friend’s family, which allowed him to establish an initial account while he was going through the license application process in Illinois. But – in a story all too familiar to cannabis executives – the bank ended up closing his account due to “outside pressures.”

“They stated their correspondent bank issued them an ultimatum” to drop him as a customer, he said.

To land his next account, he relied on networking.

While attending events sponsored by Illinois Women in Cannabis and the Illinois Cannabis Industry Association (of which Zerman is now the director), he had heard of two banks in Illinois that were friendly to the cannabis industry. This happened while he still had his first account, so he didn’t think much of it.

“They just made it clear to everyone in the industry” that they were cannabis friendly, he said.

At one point he set up a lunch with a banker from one of the cannabis-friendly banks to discuss a separate business he runs to provides ATM services to a number of dispensaries.

As he was driving home from lunch, the president of his original bank called to tell him he had 30 days until his account was closed, indicating the bank was under pressure from the FDIC and from its correspondent bank.

That afternoon, he e-mailed the banker he had lunch with, telling him he enjoyed the meeting and his dedication to the industry. He also asked for an application to open an account.

Zerman didn’t waste any time getting in his application.

“I promptly returned (it) the next day,” he said, adding that he eventually got an account.

Some cannabis retailers have been able to parlay long-term relationships with particular financial institutions into bank accounts. In such cases, dispensary and rec shop owners can try to capitalize on their track records with the banks and relationships they’ve developed there along the way.

This works particularly well for owners who have previously run a business outside the cannabis industry and established an account at a smaller local bank.

It might be difficult, however, for those who only have long-standing personal accounts – especially at big national banks. Zerman has an ATM account with Chase, for example, but he doesn’t think that would help him establish a relationship for his cannabis businesses there.

The reason: a personal account is much different than a business account, and big banks won’t work with the industry.

“I would not even think about trying to open a cannabis-related account there,” Zerman said.

And even if you’ve had a business account with a smaller bank, it ultimately will depend on whether the institution is willing to comply with federal regulations for dealing with marijuana companies, which can be burdensome.

Some companies have used third-party services to establish a banking relationship. While this strategy can work, performing due diligence on these firms is critical, as some employ questionable tactics.

One commonly used strategy is to purposely mislead the financial institution. When applying for an account, the third-party service might avoid mentioning marijuana or cannabis entirely, instead calling the business a “healthcare provider” or something similarly vague. Others have been known to outright lie.

Many dispensaries and other types of cannabis companies also have employed this tactic on their own when dealing with banks. Of course, lying or misleading a bank is a risky approach. The most common outcome is that the bank eventually catches on and closes the account. But it also gives the industry a black eye, and it could set a company up for legal trouble.

For a cannabis company, Cullen said it’s better if you can find a lender that knows and understands your business anyway.

That beats playing a cat-and-mouse game.

For example, if you just say you are in a retail business and try to avoid ever mentioning cannabis or marijuana, there will be a lot of red flags for the bank. Banks will notice things like frequent, large cash deposits, $35,000 payments to lighting companies, and checks written to agencies such as Colorado’s Marijuana Enforcement Division, he said.

“They will find out,” Cullen said.

Some companies have voluntarily dropped accounts gained under these means, as the practice is now looked down upon by many in the industry.

If you’re struggling to find a bank using full transparency, the key is to keep at it.

“Keep your chin up,” Cullen said. “There are banks out there willing to work with you. And once you have one, you have the ability to be transparent.”

If you can find a bank that will at least entertain the idea of establishing an account with a dispensary or rec store, you can improve your chances of closing the deal dramatically by being prepared.

“Make sure you have your articles of operation, your operating agreements and all your other ducks in a row when you approach a bank,” said Aaron Varney, a director of Dockside Cannabis in Seattle, which has a bank account. “A bank wants to make sure you are a legitimate business operation and will run you through all of the standard business protocols. You have to make sure the bank feels good about banking with you.”

Cullen said that it took about 40 hours of pulling together information to get an account with the credit union in Colorado.

It can be difficult to get an account even at banks that openly serve the industry.

Carmella Houston, vice president of business services at Salal, said many applicants are rejected. Off the top of her head, she estimated that for every approval, the credit union turns down one applicant.

The screening starts from the first telephone conversation with a cannabis client.

“We want them to have a fair amount of financial acumen,” Houston said. “If I ask them about their business plan and pro forma financial plan and they say, ‘a financial what?’ that is usually a pretty good sign we will suggest they go somewhere else.”

In order to be considered, the business must be licensed and regulated by the Washington State Liquor and Cannabis Board, have a good credit history and not have any outstanding federal or state tax liens or unpaid collections.

A poor credit history probably disqualifies most of those who are turned down at Salal.

For example, Houston said a red flag would be if “four people are applying and three of the partners have stellar credit histories with a 700-plus score and one has a 500 credit score.”

Every applicant is given a two-page questionnaire to complete and must provide an overview of the business plan as well as the name of key executives and financiers.

Salal also takes numerous steps both before and after approving an account. They include:

Finding a bank is definitely the hard part. But it’s not always smooth sailing even if you’re lucky enough to land an account.

For one, it can be quite pricey. Cullen estimates he spends $1,400 to $1,700 a month on banking services, covering everything from armored car services to transport money to cash-handling fees.

Some cannabis companies have actually canceled their own bank accounts because the prices were simply too steep to justify the costs. That says something, as operating in an all-cash environment is a difficult and risky endeavor.

But once you reach a certain size, an all-cash operation isn’t an option, Cullen said. “With 78 employees and seven locations, it gets to a point where you just can’t run a business in cash,” he said.

While it’s tempting to think the banks are gouging cannabis companies, these accounts are expensive to maintain for financial institutions.

“Banks have an additional level of reporting requirements,” Varney said.

Maintaining an account also requires a lot of precise reporting on the part of dispensary owners.

Dockside Cannabis provides its lender, Salal Credit Union, with quarterly reports that account for every dollar it brings in with every cannabis product sold, for example.

“They want to make sure that we are not laundering money or working for a cartel,” Varney said.

And realize that paying a lot for a bank account is a cost of doing business, Cullen said.

“Save your pennies, because it will take a lot of money,” Cullen said. “It’s not like there are 10 banks out there competing for your business.”