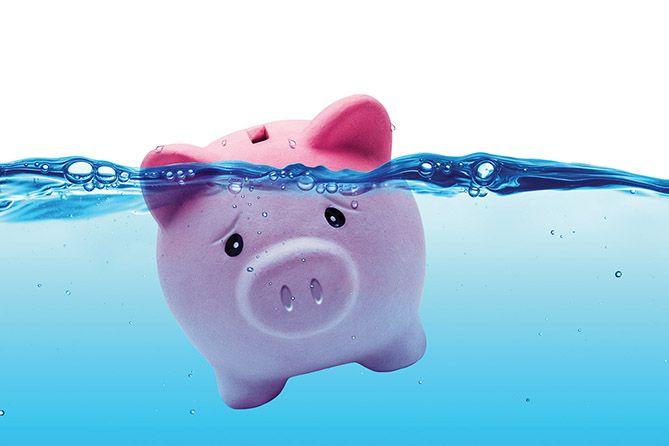 In a recession, there are bound to be business casualties—particularly in a high-risk, nascent industry such as hemp. Hemp companies have experienced a perfect storm of obstacles since legalization in late 2018—an uncertain regulatory environment, overproduction in 2019, ongoing challenges with access to banking and financial services and, now, COVID-19. In short, the odds are stacking up against hemp entrepreneurs.

Bill Hilliard, CEO of Winchester, Kentucky-based Atalo Holdings, a hemp and CBD company that filed for Chapter 7 bankruptcy protection in March, said the current, challenging state of the hemp market stems from a number of factors that are beyond the control of most hemp companies, including regulatory uncertainty due to a delay of guidelines from the U.S. Food and Drug Administration and the continued struggle to secure financial services from lenders and credit card-processing companies.

“We’re in good company in our bankruptcy here in Kentucky; four of the primary participants in (Kentucky’s 2014 hemp pilot) research program have all sought bankruptcy protection,” Hilliard said.

“It’s a convergence of overproduction and a lack of good guidance from the FDA and USDA (U.S. Department of Agriculture) in what our market opportunities are,” Hilliard said.

Overproduction during the 2019 crop year was a result of the USDA being aggressive about finding a new agricultural crop for the American farm—with support from the industry, Hilliard said.

“We led the charge … and we supported that 100%. But (the state agriculture departments) were so enthusiastic that no one contemplated that we would have the massive production that American farmers produced in 2019,” he said. “At the same time, everyone was expecting that the FDA would come out with some guidance on what the markets were for CBD, and, of course, that hasn’t really materialized in a meaningful way so far.”

Before 2014, cannabis companies of any kind generally were not eligible for bankruptcy protection under federal law, including ancillary businesses that derived any portion of their revenue from cannabis. But that changed for hemp and CBD businesses after hemp cultivation was permitted through state-led pilot research programs under the 2014 Farm Bill and subsequently legalized as a commodity under the 2018 Farm Bill and removed from the Controlled Substances Act.

Today, companies associated with hemp and its derived products can legally file for bankruptcy, but their counterparts in the marijuana industry cannot, because marijuana remains a federally illegal controlled substance.

Filing for bankruptcy protection helps companies that have found themselves underwater financially to either liquidate their assets to pay debts or to reorganize their business and finances to continue operating.

Business owners need to get real about their debts sooner rather than later, attorneys agreed, and if they feel as if they’re treading on dangerous ground, it’s better to call an insolvency and bankruptcy attorney before things get too bad.

“We’re often late to the party,” said Michelle Novick, a partner with the Saul Ewing Arnstein & Lehr law firm in Chicago. “We want to be right there to help them make good business decisions and understand their business at a time when things are difficult.”

Business owners typically will know when they’re in trouble—they can’t pay bills, default on a contract, start to see lower sales and profits or more expensive inputs. But instead of hiding, not answering the phone, ignoring creditors and hoping the problems go away, it’s more effective to face the issues and call an attorney to help develop a go-forward strategy, according to Boston-based attorney Phil Silverman with cannabis law firm Vicente Sederberg.

“The most important thing is understanding the financial condition of the company,” Silverman said. “In the initial stages, we pull together all the financial records so we can get a complete picture of what’s going on in the company and then pull together other corporate records to make sure, for example, that the company’s board of directors has been voting on things appropriately.”

Nine times out of 10, Silverman said, he can help his clients avoid bankruptcy by developing strategies for repayment with creditors outside of court.

Silverman noted he and other restructuring and insolvency lawyers are transparent with creditors, outlining the client’s financial situation. That includes liability, assets and available cash flow over the next 90 days as well as the value creditors will receive on their claims if they work with the debtor versus the lower amount they are likely to get in a bankruptcy scenario.

“A lot of them are very willing to be paid over a longer period of time or to accept a discounted payment amount,” Silverman said.

But creditors aren’t always cooperative, according to Hilliard of Atalo Holdings.

“While we had very active investors doing due diligence on our company, a couple of claims came in that seemed insurmountable to us. So, as a result of those claims, the prospective investor that we were talking to in earnest at that time backed away,” Hilliard said.

“Despite our requests for a couple of our creditors to sit tight while this investor was considering our company, they chose not to and that was a precipitating factor in our consideration of bankruptcy.”

Businesses facing more serious issues like not being able to make payroll or pay taxes might need to look seriously at bankruptcy as an option, Novick said.

“The fact of the matter is the vast majority of Chapter 11s end up being liquidated or converted into a Chapter 7,” Hilliard said. “We looked at the opportunity for getting some debtor-in-possession financing, and we didn’t see that that was immediately available. We didn’t have the cash that we thought we would need to live through a long, extended Chapter 11, and we thought going directly into Chapter 7 was a more expedient resolution of the issues that we had.”

What Happens in Bankruptcy

In a bankruptcy filing, all of a company’s books and records are subject to full disclosure to the bankruptcy court, Novick said.

“That’s why lawyers want to meet with companies ahead of time, so we can know what those disclosures look like and decide whether bankruptcy is the most appropriate action,” Novick said.

In a bankruptcy case filing, the order of creditor claims that are paid—and how much are paid—are beyond the company’s control, Novick said.

In Chapter 7 bankruptcy, the company isn’t required to submit a written plan for the future. Hilliard said the process has not been simple or easy, and COVID-19 has complicated matters even further. But the time spent since the bankruptcy was decided upon and filed has been more productive.

“We are spending our time now in productive pursuits, which means talking to people about what the opportunities are if they are to submit a bid and buy the assets of the company,” Hilliard said. “Prior to the bankruptcy, we spent a considerable amount of time talking to creditors who were trying to collect the debts that were due to them, and that was cutting significantly into the productive time for generating revenues for the company.”