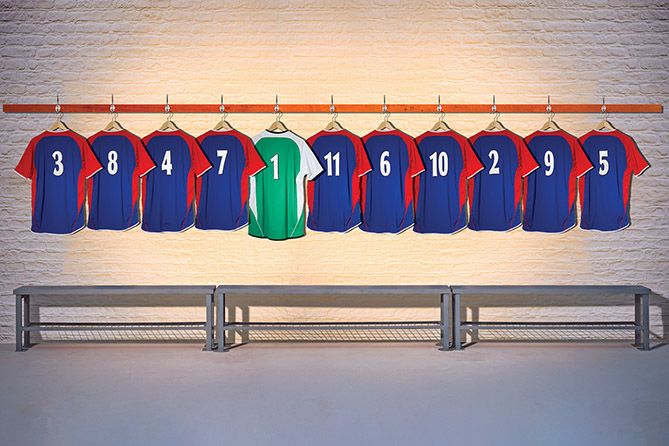 For Plus Products co-founder and CEO Jake Heimark, planning for his family-owned business’ future is based on advice from his grandfather, who was a U.S. Navy commander during World War II.

“He always said you never go to bed on the ship without someone else as captain while you’re asleep,” Heimark said.

That philosophy, Heimark said, holds true with any business, so the San Mateo, California-based edibles manufacturer has identified people who can fill key positions in the event of a disaster that would prevent either him or his father, Plus Products Chair Craig Heimark, from running the company.

“You can say, ‘It’s never going to happen to me,’ or you can plan around it,” Heimark said. “The best companies plan around it in case something does happen.”

Plus Products has a list of goals and responsibilities for each of its executives and has identified people who would be qualified to step into those roles. The list, which is in the possession of the company’s board of directors, is reviewed every six months. The company also gives its employees equity so they have a stake in the business and are more likely to stick around.

“What’s really important is to have a specific plan,” Heimark said. “You have to be brutally honest about what people are capable of and what they’re not capable of. The plans themselves are conversation pieces about how people are performing.”

Map Out a Plan

Having a plan for replacing the leadership at any business when existing executives retire or leave the company is critical—and probably even more so in the rapidly changing cannabis industry. But in the excitement of building a marijuana business, many entrepreneurs don’t consider who will run the company when they decide to leave.

“In cannabis, more often than not, they don’t have succession planning,” said Kara Bradford, CEO of Seattle-based Viridian Staffing. “I’m very happy if I can get them to do general workforce planning for six months out, let alone looking at three to seven years down the pipe hiring with succession planning in mind.”

Several strategies can help companies prepare for the future. First, identify key positions such as CEO, chief financial officer and top sales and marketing positions. Then, identify key people who can be groomed to fill those positions.

“Have the conversation among key executives about what are the critical positions and what are the key competencies,” said employment law attorney Chris Lamb, a partner with Denver-based Fortis Law Partners. “Maybe it’s more IT heavy or maybe it’s a retail business and more heavy on the sales and marketing side.”

Lamb said one of the best ways to ensure a person being groomed for a leadership role stays with the company is to draft employment agreements that outline incentives such as profit-sharing or equity in the business.

“That gets them invested in the growth and helps groom those employees to be the next generation to take over,” she said. “If you’ve identified key talent, a great way to get those folks to stay is to give them equity. The nice thing about equity is it keeps employees in place as opposed to cash, when they can walk out the door.”

Lamb said it can be beneficial to create employment agreements with existing employees because the company already has had the opportunity to see how they perform and who is ready to advance into more important roles.

Without a plan in place, a company can find itself with key positions left vacant when someone leaves. Viridian Staffing, for example, has clients who have openings at the director level or higher and don’t have people who can be promoted from within. But if they had planned while they were hiring for other jobs, they may not have found themselves in that situation, Bradford said.

Succession planning can be as simple as looking at the potential people have to move into roles with greater responsibilities when you’re hiring them, Bradford said.

“Maybe they could be general manager of a retail store within a couple of years, then director of retail operations over six stores,” she said. “During the hiring process, keep potential in the back of the interviewers’ minds. That helps to start facilitating that succession planning.”

It’s also smart to talk with employees about their aspirations and provide opportunities to cross-train or take on work they don’t normally do.

“Maybe someone in accounting doesn’t want to be your controller but is passionate about cultivation and wants to learn how,” Bradford said. “It’s smart to provide opportunities to explore other areas of the company.”

Cross-training existing employees also will help the company if an employee unexpectedly quits, said Liesl Bernard, president and CEO of San Diego-based executive search firm CannabizTeam. If you don’t cross-train people, hiring a staffing firm that can provide talent on an immediate basis while you’re looking for a permanent replacement is another alternative.

“Having a very open discussion regarding succession planning can be a positive strategy to have,” Bernard said. “It could motivate younger employees who are looking to advance. Career-progression vision and being open with where the company is headed could be a retention strategy.”

Millennials, who will make up half the workforce by next year, like to be promoted quickly. Other options for grooming millennial employees: job titles, a flexible work schedule and the opportunity to be creative and have input into the business. To attract and retain these workers, it’s important to create an environment that is fun and allows people to grow and feel valued, because those are the things that keep employees in an organization.

“It’s not always money,” Bernard said. “Millennials want flexibility, constant feedback on how they’re doing and quick promotion. Sometimes even just a title change without a salary raise goes a long way with millennials because they want to be recognized.”

Boulder, Colorado-based Canna Advisors, a cannabis business consulting firm, has helped several of its clients with succession planning. Founding partner Jay Czarkowski said entrepreneurs, which includes most company founders in the cannabis industry, should always be working to replace themselves. Finding a person who is better than themselves should be every entrepreneur’s goal. Czarkowski also said hiring people who fit in with the company’s culture is crucial.

“We’ve hired key people to replace ourselves on the management level,” he said. “People have to be a culture fit or it will totally screw up your exit plans. Our culture is based on hard work, integrity and, most importantly, it’s based on loyalty and people who support each other.”