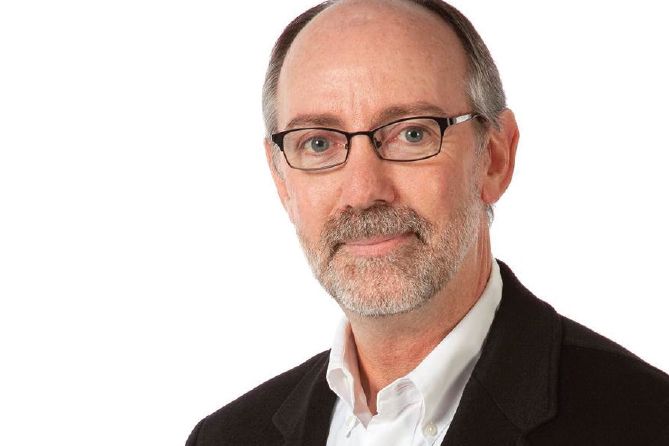 Steve Jobs was so impressed by George Blankenship that he hired him to develop a line of retail stores for Apple. Tesla’s Elon Musk did the same.

A pioneer in innovative retail strategy, Blankenship is heralded for creating the immensely successful Apple Store concept and for helping make Tesla a household name by developing innovative showrooms and flawless customer service – versus the heavy advertising and sponsorship spending used by most automobile manufacturers. Blankenship was a keynote speaker at the annual MJBizCon in Las Vegas in November.

In an interview with Marijuana Business Magazine, Blankenship discussed the future of the marijuana industry. He touched on the sector’s current “image issue” and spelled out steps marijuana retailers and other businesses can take to succeed in the long term.

The marijuana industry has a bit of an image issue, given the various ways the business could be pursued. A lot of people have long-standing perceptions of the industry, going back to the “Summer of Love” 50 years ago.

The marijuana industry has this perception issue and an education shortfall as to what marijuana could actually be used for. You don’t have to do a whole lot of research to understand the potential benefits. But which direction is it going to go – as a way to get high, or a way to treat things like glaucoma, all these other conditions? As the population ages, there’s a lot of different ways the industry could go.

In which direction do you see the most business potential?

I think there could be a lot of business done in just selling marijuana to people who want to take marijuana home and use it to get high. That could be a very successful business venture.

But I do think that somewhere down the way someone is going to nail how to communicate in a professional way the truly medical benefits that can be derived from cannabis. And we’ll get over this stigma. And that’s when we’ll see this industry take off. Somebody is going to figure out how to do that.

You’ve held executive roles at some of the biggest brands in the world. What advice can you give on this front to the marijuana industry, where branding is just starting to professionalize?

There has to be some demonstration of credibility. If you’re walking around a neighborhood and you see green flags waving and doctors inviting you to come on in to get marijuana, that is not demonstrating credibility. There’s a professionalism that has to surround it, and you have to communicate without sounding like you have an ulterior motive to sell something. And have a serious way of going about that.

It’s really about demonstrating credibility by establishing which direction you’re going to go – medical or recreational – and then creating messaging around it that suits the particular customer you’re going after.

Tesla and Apple stores are known for making technology a centerpiece of the customer experience. What role do you think technology should or shouldn’t play in a retail cannabis store? Are touchscreens helpful, or is it more important to focus on person-to-person interaction?

When we first started opening Tesla stores, most people didn’t know what a Tesla was. So we used technology to explain it to them, on a touchscreen to answer those questions. The marijuana business can use it the same way.

What better way to do that than use technology? It builds that credibility. It tells the same story to everyone coming in. It’s not just Smokin’ Joe over in the corner, and if you come in with this question, he has this answer, and the next guy, there’s a different answer.

It’s a standardized set of information that you can also have on a website, so you can go home and look on a website and get that exact same information. That starts to bring you around to having trust and confidence in that store and that brand. There’s a consistent story that looks professional.

Once your marijuana brand has established credibility, how do you build a customer relationship? Many marijuana businesses are banned by law from tracking consumer purchases, or don’t want to alienate customers who may be skittish because marijuana is federally illegal.

They’re getting information and getting to know the company and not feeling out of place. So if you create that kind of environment, where people gain information at their pace, it will work. You don’t need to get their email to put on a mailing list. Customers will seek you out.