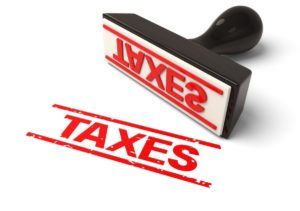 California cannabis distributors are warning about what they call a “double-taxation” situation in San Diego that’s raising costs for businesses.

If the practice is adopted by other cities and counties, distributors note, it could contribute to further market instability in the state overall by squeezing profit margins and raising product costs for consumers.

San Diego set a formal policy in early 2018 that distributors delivering cannabis products to retailers located within the city also are liable for at least a percentage of its municipal 5% marijuana gross receipts tax – even if those distributors aren’t licensed by the city.

Distributors in other cities and counties already pay taxes to their home jurisdictions – where their actual distribution hubs are located – on wholesale flower, edibles and other MJ products.

They say San Diego’s method of taxing marijuana adds another layer of costs to the legal California cannabis industry, which is already struggling to compete with the unlicensed market.

“Right now, you’ve got your top 10% (of the industry) that are probably doing all right, and then you’ve got the rest of us still trying to figure out how to make it,” said Chris Coulombe, the CEO of Santa Rosa-based distribution firm Pacific Expeditors. “And these taxes are not helping.”

‘Afraid this was going to happen’

The scenario illustrates how strict local governmental control over the California recreational marijuana industry has had ripple effects that many didn’t anticipate as the Golden State’s cannabis industry rolled out in January 2018.

“I was afraid this was going to happen, and sure enough, it has happened,” said Tim Morland, director of compliance and policy for Origin House, a Canadian firm with a massive portfolio of brands and a major California presence.

Morland said Origin House became aware of San Diego’s policy in spring 2018, after first receiving a local tax bill from Oakland – where it has one of its three California distribution hubs – and then another from San Diego, where it supplies several licensed retailers.

“There’s already a sense of sticker shock, and when you add on a surprise tax, it’s almost too much to bear,” he said.

Morland estimated San Diego’s policy has cost Origin House between $80,000 and $100,000 and added 2%-3% to overall costs for a given marijuana product.

“It sounds like a little bit,” he added, “but it’s a lot when you add in all the additional excise taxes and cultivation taxes.

“In the distribution model, it’s all about moving product in and out, so it’s a high-volume, low-percentage business. So, anything that adds 2% here or 3% there basically cuts into profits for distributors. It’s a big issue.”

Lauren Fraser, executive director of the Cannabis Distribution Association, said the “double taxation” of cannabis goods has become a top issue for her membership and called it “hugely problematic” for the industry as a whole.

Cities and counties “have the right to tax businesses that are permitted by (those local governments) and operate from that location as their principal place of business,” Fraser said.

But San Diego’s policy imposes “a double-tax on the same product, once to the (distributor) and once to the retailer.”

Although the issue currently appears limited to San Diego, Fraser added, she’s worried it may spread because so many local officials around California view cannabis as a cash cow for tax revenues.

“What people are most concerned about is … it sets a precedent for many other cities to follow,” Fraser said.

Chris Boudreau, who used to run a cannabis distribution company in San Diego before pivoting into delivery, said that distributors based in Costa Mesa to the north already pay a 6% gross receipts tax.

To add more could force smaller operators to either close up entirely or just stop supplying San Diego retailers, he said.

“There is no meaningful way for a low-margin distributor operating at 20%-25% to eat this cost, as this … could be 70% of their revenue,” Boudreau wrote to Marijuana Business Daily in an email.

Coulombe of Pacific Expeditors said his company hasn’t yet received a tax bill from San Diego but was notified to expect one. And he’s anticipating a bill of at least $10,000 for inventory his company has delivered to retailers going back to January 2018.

“Distributors arguing double taxation are likely overpaying taxes to the city they are based in, if paying the full tax rate for sales made in areas outside of where they are located,” Vasquez wrote in an email to MJBizDaily.

Fraser is still exploring options such as finding an industry ally in the state Legislature to run a bill that may help solve the issue. But Morland, who spent almost a decade working as a legislative staffer in the California Capitol, isn’t optimistic.

Because both state law and 2016’s Proposition 64 – which legalized adult-use cannabis in the state – enshrined municipal and county control over marijuana businesses in California’s constitution, Morland noted, there’s no easy fix for the situation other than hoping local officials don’t replicate San Diego’s approach.

“I hate to say this, but I think the industry is going to have to learn to live with this,” Morland said.

“There’s not a clear legislative path to fix it. Even if there was, it’d be politically contentious, and local governments would oppose any of that legislation. So, right now, no remedy for it.”