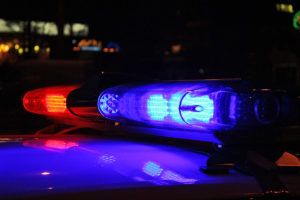 Raids, arrests, seizures and fines have caught the attention of the California cannabis industry in recent months, as the state’s legal marijuana market continues to grapple with financial challenges caused by business lost to the state’s enormous number of illicit MJ companies.

How big a hit to the bottom line are licensed marijuana firms taking from illegal operators?

Exact numbers are extremely difficult to pin down, but one statistic comes from BDS Analytics, which estimated that – as of June – a whopping 74% of marijuana purchases in California were made through the underground market.

The only other state-legal recreational MJ market that has a higher percentage is Massachusetts, with 77%, followed by Washington state at 51%, Oregon at 48% and Colorado at 34%, BDS noted.

Here are some of the recent enforcement actions taken in California against the illicit market:

That doesn’t touch on all the local actions by police and sheriff’s agencies against unlicensed storefronts and other businesses that have operated outside the law.

And it’s difficult to get a complete picture of the enforcement landscape because the actions aren’t all run by the same agencies.

Some are conducted solely by locals, while others are in conjunction with state authorities.

Has it made a real difference?

It’s unclear whether enforcement efforts have actually increased with the onset of the legal market or stayed roughly the same.

“It does feel as though there is some escalation,” said Lindsay Robinson, the executive director of the California Cannabis Industry Association (CCIA).

“We don’t have a lot of data on it. What we tend to see – and what most folks tend to see – is when it hits the newspapers or is announced by the (California Bureau of Cannabis Control) or people experience it themselves, because there’s multiple levels of enforcement.”

The problem is looming large enough that Gov. Gavin Newsom in June signed into law a bill that includes a new tool for regulators to use against lawbreaking businesses: a $30,000-a-day civil fine, which state regulators have yet to utilize.

Donnie Anderson, an L.A. marijuana executive and co-founder of the Southern California Coalition, said the Los Angeles Police Department has been raiding illegal shops “every day.”

“There’s been some good enforcement going on in L.A.,” said Anderson, who threatened a lawsuit in June against the L.A. city attorney’s office over an alleged lack of enforcement in parts of the city. The lawsuit was never filed.

But are those efforts actually having the desired impact, and are they quashing the untaxed and unregulated cannabis market?

The short answer: Not really.

“I’m not going to say yes. I’m going to say maybe,” Anderson said when asked if legal operators are doing better business-wise thanks to enforcement efforts.

Some of the numbers, but not all

According to the California Bureau of Cannabis Control, since January 2018, the agency  has:

The L.A. city attorney’s office – which has jurisdiction over the heart of illegal marijuana retailers in the state – filed 312 cases against unlicensed MJ shops and has 1,199 defendants facing misdemeanor charges since May 2018.

The California National Guard – which has assisted in many of the raids on illegal grows, including the 20-ton seizure in Santa Barbara County – did not immediately respond to requests from Marijuana Business Daily about how many operations it may have worked on statewide in recent years.

The LAPD also did not immediately provide information about how many illegal shops it has closed.

Jackie McGowan, a Sacramento-based industry consultant, said the available evidence indicates that hundreds – if not thousands – of illegal cannabis operations exist across California.

McGowan’s team created a map of licensed and unlicensed cannabis businesses in California based on state licensing info and listings from Weedmaps.com, which allows advertisements for both legal and illegal MJ retailers.

Though McGowan emphasized that, although the map is not 100% accurate because of conflicting and sometimes incomplete information, it illustrates that the underground market is alive and well.

“Not only do I think it’s not going to have any sort of effect on the duty-free market, I think it’s a waste of money,” McGowan said of California’s enforcement efforts, including the new fines authorized by Newsom.

“If we were to lower taxes and put (illegal operators) out of business through an economic strategy, that’s how we win.”

CCIA’s Robinson said enforcement alone has never been the answer to establishing a sustainable and legal marijuana industry in California.

“We’ve never been able to enforce our way out of illegal cannabis operations,” she said. “We’ve struggled with that for 30 years.

“That’s a part of the puzzle that needs to be put in place with these other pieces … in order to have a real substantial effect.”

She said what’s needed is a “multipronged approach” that includes decreased state taxes, lower barriers to entry for entrepreneurs and a wider industry footprint, since roughly two-thirds of California’s cities and counties still maintain bans on all types of marijuana companies.

Even then, she and other sources said, there will likely be some form of an underground market if for no other reason but to satisfy marijuana demand in parts of the country that still have complete MJ prohibition.

Which means the illicit market is almost certainly here to stay until, if and when federal legalization comes about.

Chart: Women account for more than a third of marijuana business executives
EXCLUSIVE: Lesotho planning overhaul of medical cannabis rules
Antitrust issues weigh on US cannabis stocks, but is it enough to unravel deals?