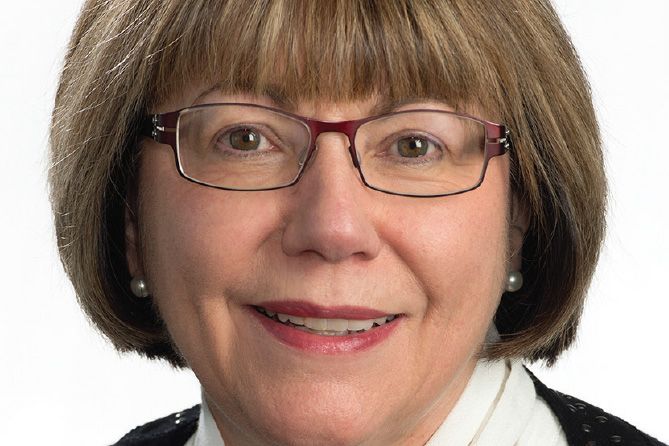 Medical marijuana advocate Marc Emery called McLellan “the worst possible choice” because she had previously described cannabis as a “scourge.” Others raised questions about her role while still working for a law firm positioned to benefit financially from legalization.

McLellan countered that legalization and regulation of adult-use marijuana are the best antidotes to black-market cannabis. And most MJ advocates were pleasantly surprised and relieved when her nine-member panel – the Task Force on Marijuana Legalization and Regulation – filed its report last December.

Marijuana Business Magazine spoke with McLellan about the report and recreational marijuana in Canada.

Some are concerned about whether there will be enough cannabis supply when legalization launches next summer, and how that will affect efforts to shrink the black market. Are those concerns warranted?

Any sensible person would be concerned about, when legalization happens, whether there will be sufficient supply to meet demand. I have no doubt the government is very aware of the challenges around supply and demand, especially at the very beginning, and that they will focus among other things on how to ensure there is reasonable access to reasonable supply.

One of the avowed purposes of legalization and regulation – as stated by the government of Canada – was to get criminal organizations out of the cannabis sector. If that’s one of your major considerations then you will be focused on supply and demand when legalization is a reality.

You said you’d like to see some black-market growers allowed into the legal market. Is the government ready to accept that proposal?

I have no idea what their reaction was. But the task force report makes reference to the fact that we want to see a diversity of suppliers and that the government not automatically exclude those growers who have been growing and providing product into the illegal market. We’ve often heard that there’s a lot of expertise there on the part of growers, people who have been growing in some cases for decades. And they’re ethical producers – ethical in the sense that they provide information to their buyers about whether pesticides have been used or whether it’s organic.

You don’t want to automatically say to all those people who have been growing illegally, “You’re excluded.” Because one, you’re going to lose a lot of useful expertise. And two, we know full well that a lot of those people won’t stop growing and they’ll be selling into an illegal market. You want to encourage as many of these people who can meet the conditions of licensing to come into the legal market. If you’ve been convicted of trafficking or other serious offenses, that’s a whole different thing.

Some people have criticized the report’s recommendation to give licensed medical marijuana producers a head start in the adult-use program, saying it gives an advantage to “big marijuana.” Is that a fair criticism?

Those people who are already in this space on the medical side and who want to produce product for the adult market, they’re thinking about that and by definition will have a first-mover advantage. They’re looking at expansion, and that’s how the marketplace works.

And people shouldn’t just accept this expression “big cannabis,” because most of the licensed producers aren’t big. There are a few that are, they’re publicly traded, and they attract a lot of attention from the market, which is perfectly fine. But you’ve also got licensed producers that are two or three people growing a few hundred plants. That’s not big cannabis.

What’s your view on the ability of Canada to safely regulate infused products?

Our mandate is to ground every recommendation in a public health, public safety paradigm. The government, through regulation, will make clearer exactly the standards that they will expect producers and manufacturers to meet.

Edibles are a growing part of this market, and if you want to limit the ability of criminal organizations to establish niche markets after legalization, you have to figure out what is the consumer demand and is it responsible to meet that demand through a regulated market. We at the task force felt that edibles were a growing part of the market and in fact manufacturers and retailers should be able to manufacture and sell them, with the appropriate safeguards.

The government’s legislation has indicated they are working on edibles regulations and how they’d like the edibles market to look going forward. I think it’s fair to say they have more work to do there.

What are the key factors for a successful implementation – and what are the biggest pitfalls?

The biggest pitfall I see is not having the federal government, the provinces, the territories and the municipalities all aligned when legalization becomes a reality. What we have is the necessity – because of our constitutional division of powers – for the federal government, the provinces and the municipalities to all be working together and to have their piece of this regulatory regime ready to go at the same time. It is a big challenge to get those three orders of government all working together and being ready to go with their part of the regime.