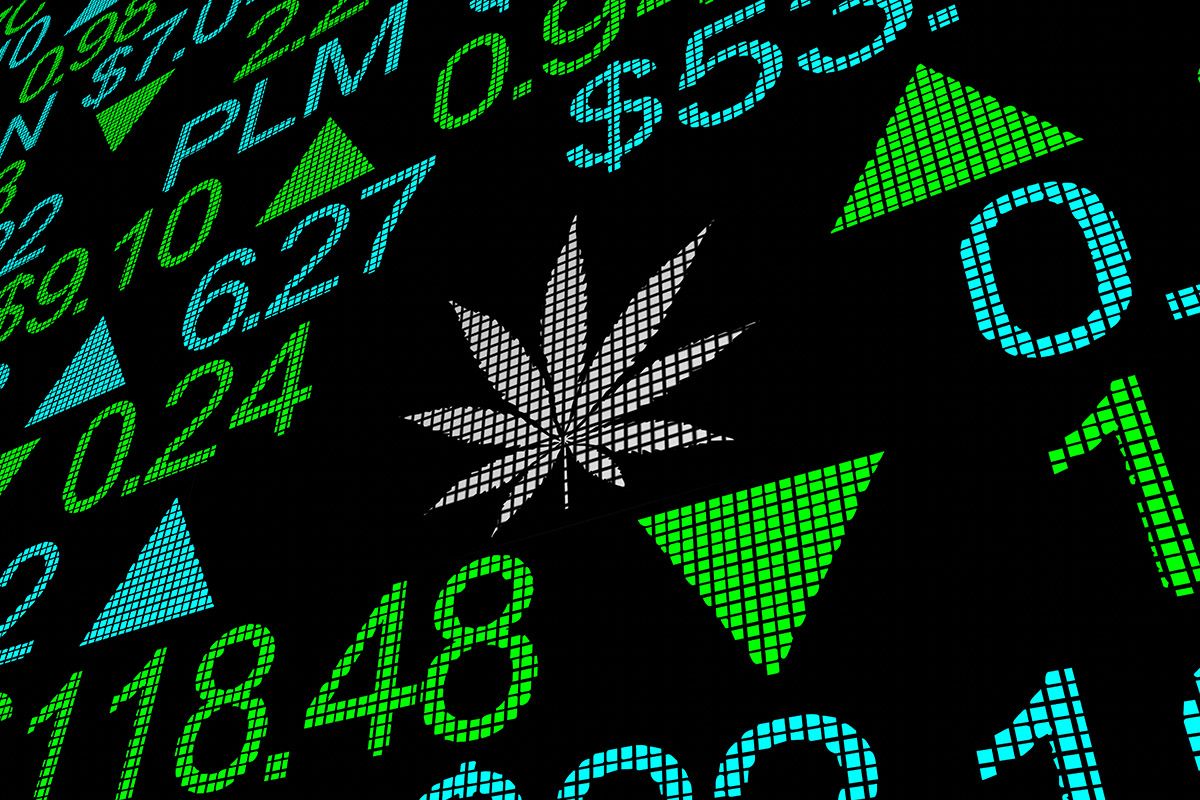 What compels a financial professional to move from Wall Street to Green Street, and how can Wall Street experience be applied in cannabis? Marijuana Business Magazine spoke with four marijuana executives who previously worked on Wall Street to get their insights.

How has your experience at Jefferies helped you deal with cannabis industry hype and the complexities of marijuana operations?

Institutional sales is the worst job in the world when your IPO breaks issue price and you are the bookrunner. Last November, when all our competitors were doing RTOs (reverse takeovers) and breaking issue right and left, I was on the phone every day with investors telling them everything was going to be OK.

The other part of that is being comfortable with the volatility. We’re talking very serious volatility in these stocks. And that’s what we had early on in the internet. They were all over the place.

Jefferies is one of a tiny number of U.S. investment banks covering cannabis. Do you see more institutional firms coming into cannabis?

Across the board, we’re seeing traditional hedge fund and money managers coming to these conferences, and they want to be ready when the SAFE Act passes (see “SAFE Bets on the Horizon”)—whether it’s six months, 12 months, 18 months. I think you’ll see a Jefferies type of a firm—they’re risk-takers, they’ve always been great junk bond people—and others doing deals and putting their name on the front cover of a prospectus as soon as the SAFE Act passes.

I was lucky as a woman. I was working at the right firm because it was a fully commission-based firm. It was an eat-what-you-kill firm. It was very much equal pay for women if you were bringing the numbers home. I was the No. 1 salesperson and covered New York for most of those 10 years I was at Jefferies.

If you don’t have extreme grit and perseverance, you can’t compete. If you win, you have to be ready for 30 lawsuits to hit the front door of your office. You have to have a toughness to get through some of the obstacles.

Wall Street position Managing director and head of the Fundamental Strategies Group, a department of research analysts within the securities division’s equity and credit businesses

How similar or different is your past work at Goldman versus your work at Salveo?

I used to do all public market stuff, which meant looking at listed equities, convertible bonds, corporate bonds. The big difference now is that we are looking for our entry into private rounds that are being done: seed rounds, Series A and B rounds. At Goldman, I was analyzing larger companies. But there are loads of transferable skills, because when you’re evaluating these companies, you’re evaluating the business model, the management team. The due diligence is not that different.

Can you explain how you calculated valuations then and now?

We used a lot of comparables when we were evaluating companies. We were always looking for relative opportunities, and sometimes our group was very trading-focused, so we would look within sectors and say, “Consumer products: Here is the enterprise value to the EBITDA multiple that this comp set is trading at.” It’s more earnings-based than revenue-based, but it was trying to look for outliers and companies we thought were cheap or expensive and, more importantly, had a catalyst.

With the potential for federal legalization and U.S. marijuana companies listing on big exchanges here, do you think fewer U.S. cannabis businesses will go public in Canada?

Cannabis equity markets are currently suffering a bit of indigestion—some of it caused by companies that listed prematurely and have traded poorly on their debut. The mad rush to list in Canada is likely to slow as public market investors become more discerning, which is ultimately healthy.

The Acreage-Canopy deal (where Canada’s Canopy Growth agreed to buy New York-based Acreage Holdings once the U.S. government removes federal prohibition) is a unique option structure and probably a smart move for Canopy. Does it signal the Canada trade is over? In a sense, it does. You want to buy the rumor and sell the fact. Canada was a great trade up to legalization. The opportunity now is to rotate out of Canada and into U.S. names. Canadian investors are looking to take their gains in Canada and put that money to work in the United States. That theme has a lot of room to run.

What can you apply from your previous work of evaluating tech and other companies to your current job at MariMed?

There’s a lot of similarity. My job at MariMed is one part strategy; M&A is another part; strategic investments—like minority investments—is a third part. All of those are directly connected to things that I’ve done before. On the strategy side, I’ve been on the boards of dozens of companies and had to think about strategy a lot.

On the M&A and capital-raising side, the analyses that you go through and the due diligence that you perform on any opportunity that comes up are quite similar to what you would do if you were thinking of making an investment as a venture firm or hedge fund or recommending a stock as a research analyst.

How does covering emerging companies help in your current environment?

I’m a learning junkie. I try to understand a new emerging industry that’s growing fast and preferably has lot of complexity and chaos, because then you can uncover things other people may not uncover. You may uncover opportunities. Over my 30-year career, I went from following consumer products and services in the ’80s to technology and the internet in the ’90s and eventually to renewable energy in the 2000s and, now, cannabis. Looking back, I guess I didn’t realize how much risk was associated with it. I didn’t see the risk; I just saw the opportunity.

What’s a key lesson learned in finance that you can apply in cannabis?

If you’re going to be a player and have staying power, just make sure you’re well capitalized. Because if it’s a long game, like I think it’s going to be, and you’re growing fast and you’re not profitable because you’re reinvesting your profits into growth, make sure you’ve got a war chest, because it may take five to 10 years to get to the promised land—if you ever get there.

What would you tell someone on Wall Street considering a move to the cannabis industry?

For folks who are thinking about making the jump from capital markets and pursuing an operating position in the space, it’s important to surround yourself with tenured and experienced cannabis operators. If you’re joining from capital markets or a private equity firm, and the roots of the company executives are steeped in finance, that’s probably not a great match. I think the ideal match is one where you can tie your experience to folks who are tenured in the space, because getting up to speed quickly is paramount.

Are more people from Wall Street coming in?

No question. Over time, there’s going to be less and less opportunity (for cannabis industry executive posts). One reason I took this position now was the timing. I don’t know that 18 months ago this industry and this company would have been able to bring on someone like me. And 18 months from now, there might be far fewer opportunities for people to come into the cannabis space at the C-suite level.

I think 18 to 24 months from now, it’s going to be more challenging to get into the space. You’re going to find that a lot of people with backgrounds in finance as well as operations will have made the jump. And your medium- and larger-sized cannabis companies will have had that much more time and experience as operators, and the need might not be as great.