With water scarcity an increasing problem, some marijuana and hemp cultivators are seeking solutions beyond automation or growing methods, including using drought-resistant plant strains that require less water and can withstand higher temperatures.

“What we have noticed is that genetics that display high vigor are also more drought-resistant,” Power said. “They grow with much less water than others, and we do breed for vigor.”

Power said the company has developed strains that tolerated “excessive” heat – over 100 degrees Fahrenheit – for multiple weeks inside greenhouses on the East Coast this season.

“The autoflowering strains can tolerate reduced watering, but the trade-off is smaller but saleable yields,” said Power.

Autoflower, which has a relatively short growing season, typically 60-70 days, allows a grower to plant and harvest while still having access to sufficient water, according to Power.

It also means the grower can harvest before early season freezes, rains or wildfires.

“This can be a factor in rain-fed systems or ditch-delivered water such as in the Southwest,” he added.

Powers’ interest in drought- and heat-resistant strains comes at a time when areas of the American West have experienced an ongoing dry spell since 2000 that is considered one of the worst “megadroughts” in the past 1,200 years.

Yet most cannabis growers have yet to specifically factor in water use beyond what’s required for a sustainable production operation.

But that could change if water becomes a more expensive resource.

In that case, more growers could seek out plants that require less moisture and are more resistant to high temperatures, according to industry officials.

Seeds and seedlings versus clones

In the meantime, the drought has spurred cultivators to reduce acreage and look for ways to conserve moisture.

Some, for example, advocate planting directly from seeds or seedlings to lower water use instead of planting clones.

Plants that are grown from seeds establish a strong taproot, whereas clones do not, and clones require more time to “set” in the ground and get established, which means more irrigation, Power said.

“In order to reduce water usage, you want really deep roots to draw up water from a deeper layer of the soil,” she said.

Seedlings are far superior for that, Watt added, because they grow a thicker taproot that penetrates the soil better than the root system of clones.

Like Atlas, Dark Heart is eyeing cannabis varieties that do well in harsher environments – hot and arid conditions – and will be breeding for that problem.

She also recommends autoflower cannabis for its shorter grow season if a cultivator wants to lower water use.

Beyond autoflower varieties, Watt noted that some indica strains originate from more arid environments that traditionally would get less rainfall than a sativa strain that comes from a more tropical area.

“Hemp already has impressively deep roots,” McKay said via email. “We are further optimizing that for different production environments.”

While the study had an admittedly small data set and needs to be explored “more extensively in the future,” it also found that “certain cultivars have a more efficient pattern of water use than others.”

In June, New West Genetics received a $250,000 grant from the Wells Fargo Innovation Incubator, which will allow the company to fund research into genomics-assisted crop variety selection and other areas.

Comes down to yield

Ultimately, whether a cannabis cultivation operation will adopt genetics that use less water comes down to key performance indicators, namely weight and cannabinoid production.

That’s according to Travis Higginbotham, vice president of production at Salinas, California-based Harborside Farms, who said he’s yet to see growers dedicate resources to reducing water usage via genetics.

He could see genetics possibly playing into the survival of cannabis plants that were under stress because of lack of water.

But growers are still accountable to the amount of yield per square foot they can generate in their operation.

“At the end of the day, reducing water reduces nutrients, which reduces yield,” Higginbotham said.

Since water usage is not a cost driver – labor and electricity are at the top of that list – cannabis companies are not incentivized to push the needle forward when it comes to drought-resistant genetics, said Josh Malman, vice president of cultivation at multistate cannabis company Jushi Holdings, based in Boca Raton, Florida.

Although it might be early in the maturation of the cannabis industry to see much in the way of genetic innovation around this issue, water-conservation efforts and sustainability is something growers ought to be considering, he added.

“I absolutely see that as the future,” Malman added. 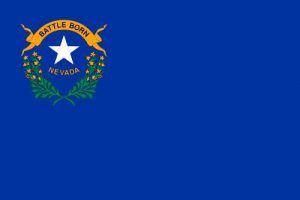