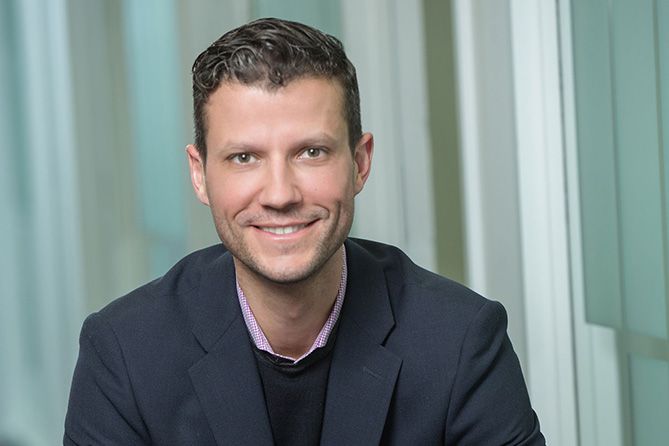 As more companies consider entering Canada’s cannabis cultivation industry, some are starting to look past the country’s current marijuana shortage to plot their exits from farming altogether.

These executives foresee a hypercompetitive cultivation market developing at some point (exact date to be determined), resulting in tighter margins and lower wholesale prices (at least for companies that fail to successfully bring branded, high-end cannabis products to market).

The data support this hypothesis. At the end of 2018, roughly 800 site applications were in the pipeline in Canada, on top of the 150 sites already licensed. That does not even include micro-cultivators—or small-scale cultivation businesses—that are poised to play a role in some capacity.

One company looking past the marijuana shortage to carve out an early space in higher-value cannabis products and intellectual property is Ontario medical marijuana producer Emblem.

On March 6, Emblem shareholders voted to approve a merger with Ontario-based, vertically integrated cannabis company Aleafia Health, a buyout Dean sees as necessary for the company to “be at the forefront of consolidation rather than at the back end of consolidation.”

Dean spoke with Marijuana Business Magazine about the future of cannabis farming and why he’s pivoting to branding and consumer packaged goods.

How did you conclude there was going to be oversupply?

Canada is at the forefront of the global medical cannabis industry, but Canada may not be the ideal environment to grow cannabis. As more markets open up in the longer term, maybe there’s going to be places we can import (medical cannabis) from, like Uruguay, Colombia, Portugal and Africa. What it’s going to do is put margin pressure on licensed producers.

Is plowing substantial capital into greenhouses a good long-term strategy for most companies?

While the rest of the industry was saying, “We’re going to grow and grow like crazy,” we took the alternate route and said, “Let’s start with consumers and patients and make sure we’re on the shelves of the largest distributors in Canada. And let’s tie that to the best brands and products.”

From there, we will source raw material in addition to what we are able to grow. We took our strategy to the board and said, “We believe we should be focusing on an asset-light model.”

So, instead of spending CA$60 million on a greenhouse that at some point in the future will become challenging to make a significant margin from, let’s re-allocate those funds to areas we believe will have value in the future, and that’s products and brands.

I believe the greatest opportunity here is in product innovation. We can have a first-mover advantage in upstream products like vape pens, edibles or dose-controlled pharmaceuticals. Take great product innovation and tie it to a great brand that offers consistency and something consumers and patients trust, and you have a great combination.

Can you give me an example of how you’re allocating capital?

We were looking at acquiring a greenhouse. Aphria then approached us and said, “We’d like you to consider a different option.” It married up with our longer-term business plan perfectly. (Instead of building another greenhouse, Emblem agreed to buy the 175,000-kilogram, or 385,800-pound, equivalent of cannabis products from Aphria over five years.)

We have a trusted grow focused on cultivation with significant square footage built out, and we were able to negotiate pricing we felt was competitive and we could still achieve significant margins from, whether we’re selling flower or value-added products.

Where do you start?

We started with talent. We realized if we want to be a leading company, we have to have the best talent in-house. We looked for people who had that experience, who knew how to identify and capitalize on opportunities in the marketplace.

If we were to become a consumer packaged goods company, we needed people who had those skills in terms of product innovation, marketing strategy and brand strategy. On the adult-use side, we hired Maria Guest. Maria had been with Labatt (Brewing) for 18 years doing product innovation, branding and strategy. She launched Bud Light Lime, which was Labatt’s most successful beer launch in their history.

How are you rolling out brands and preparing for the future?

In the adult-use space, we’re exploring product innovation with the introduction of edibles and beverages. (Canada will have its infused and edibles regulations in place by October 2019.)

We started having conversations with other groups that may specialize in non-cannabis edibles but would like to partner with a company to create a joint venture or joint product.

We partnered with the consumer packaged goods firm GreenSpace Brands, which already has a suite of organic, natural and health and wellness products. We formed a partnership with them to produce a line of health and beauty products.