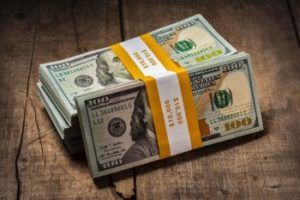 Investor interest in cannabis businesses is growing since the 2016 election, a development that ultimately could lead to more dollars flowing to cash-squeezed marijuana companies.

New investors already are jumping in.

Big institutional investors also are keeping a closer eye on the cannabis industry – although they aren’t yet opening their checkbooks.

Institutional investors, he said, are attracted to the space because the stocks are cheap, the potential returns lucrative and the shares of MJ companies don’t move in lockstep with mainstream equities.

“I don’t predict a stampede in the next two years, but I do think you’ll see institutional interest transition into the beginning of institutional investment,” Leavy said.

Investment money from big banks and investment firms could give MJ businesses access to potentially millions or billions of dollars in funding that carries lower interest rates than today’s cannabis financing.

For now, however, institutional money isn’t an option because major investors are wary of the Trump administration’s policy toward marijuana.

According to industry officials, cannabis businesses instead are limited to specialized investment firms, wealthy individual investors including “angels” and wealth management firms – or family offices – that serve deep-pocketed types. The interest rates tied to such financing are typically more expensive.

“There is no institutional capital. So when we compete for projects, it’s typically against other operators, or we compete with rich family offices,” said Hadley Ford, co-founder and managing director of New York-based iAnthus Capital Holdings, which has invested in marijuana businesses in Colorado, New Mexico, Vermont and Massachusetts.

“This reduces the supply of capital and raises the cost (of capital) significantly,” Ford added. “When you look at the market, there is a lot of interest, and a lot of curiosity, but people aren’t willing to write meaningful checks because there’s not a lot of depth of information like historical information or a track record. So, people might not be ready to commit a million dollars, but $50,000.”

The uncertainty overhanging the cannabis industry is the main factor for investors involved with – or eyeing – the cannabis sector.

Some investors interpret Trump administration comments as a reason to remain cautious, while others see them as tacit permission to continue the status quo.

“We continue to be very bullish,” Ford said. “A lot of the comments from the Trump administration have scared away some of the family offices or casual private investors who may have been willing to invest. Our view is the opposite.”

Ford noted that Trump and his administration have voiced support for the medical market.

“We don’t think (Attorney General Jeff) Sessions has said anything different than what Loretta Lynch or her predecessor have said. I think what you’ll see is the same thing you saw under the Obama administration,” Ford added.

“The rhetoric has changed a little and it’s allowing investors to have a more positive outlook on the future,” Stone said.

Others say that while more investors are interested in cannabis, many still have reservations about cannabis and are sidelined.

“They’re trying to figure out where their comfort level is,” said Morgan Paxhia, a partner in Poseidon Management, which invests in marijuana businesses. “We’re still a very undercapitalized industry, and the lion’s share of capital is going into cultivation and real estate.”

He added the investors that are interested in marijuana are “focused on a limited number of top-quality companies, while the vast majority of companies are not able to get that money.”

As long as institutional money shuns cannabis, capital will remain limited and carry a higher interest rate than investment opportunities in mainstream industries.

“The majority of funds are from family offices and private individuals. That’s a good thing (for investors) because the returns will be higher because there is less capital driving the terms down. For operators, it’s not that great because they have to pay more for equity capital.”

Ford agreed, noting “the market is much skinnier, and that has the effect of making it much more expensive” than traditional business investments.

“The cost of capital in the United States, if this were a regular way business, would be in the high to mid-teens, but the averages I’ve read are 30%-40%. The dearth of capital is causing it to be two to three times higher than it should,” Ford said.

While money will remain tight for the near term, observers are optimistic that capital flows will improve over time and become normalized when cannabis becomes legal at the federal level.

“Long term, about five years, the market is going to look a lot more open. There will be a lot more sources of capital. Cannabis may have been descheduled by then, and you’ll have a lot more comfort on the private investment side,” Ford said. “Over the next 12 months, I would think capital is going to still be pretty tight.”