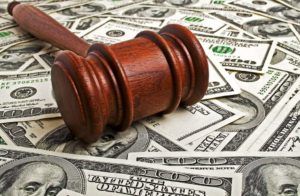 (This story has been updated to reflect that the National Cannabis Industry Association, the Marijuana Industry Group and the Cannabis Trade Federation filed amicus briefs in the case.)

Oakland, California-based marijuana retailer Harborside is returning to court again to argue that Section 280E of the federal tax code is unconstitutional – and this time, the company is employing a new legal team and a slightly different approach.

But some industry observers believe the company faces long odds, while others are concerned that a loss could further harden the IRS’ hard-line stance on federal marijuana taxes.

Greenspoon Marder attorney James Mann filed an appeal with the U.S. Court of Appeals for the 9th Circuit in San Francisco on behalf of Harborside on May 26.

He’s hopeful that he can pull off a win and convince the court to overturn 280E, which prohibits standard business deductions by companies that traffic in federally illegal drugs, including marijuana.

“When the Harborside opinion came out (in 2018), I read it and said, ‘This is just wrong. This was wrongly decided, and Harborside should appeal,'” Mann said.

Mann’s argument to the 9th Circuit is twofold:

“The 16th Amendment says you can have an income tax. And the first argument is that since 280E results in a tax that’s not on income, it’s not an income tax, so therefore it’s unconstitutional,” Mann said.

The second part of his appeal, Mann explained, focuses on what he calls the “crazy” determination by the IRS that state-legal marijuana businesses aren’t afforded the same COGS as mainstream companies.

“The IRS and the Tax Court have been taking a very restrictive view of what COGS means for cannabis businesses,” Mann said.

“The argument is that Harborside should be able to calculate its COGS the exact same way as Whole Foods (Market).”

It’s anyone’s guess what Harborside’s and Mann’s chances are at the 9th Circuit.

Mann doesn’t expect a ruling on the appeal until late 2021 at the earliest.

The original Harborside Tax Court case was tried in summer 2016, and a ruling wasn’t issued until late 2018.

“Typically, the feds like to side with the feds,” said Regina Unegovsky, an attorney at Regal Tax and Law in San Francisco.

“So, if you have a federal administrative agency, like the IRS, a challenge on its moving forward on grounds of constitutionality, it’s a tough uphill battle. It’s not that it can’t be done, it’s just difficult.”

She said if Harborside were to win, it would be an immense victory for the industry as a whole.

But practically speaking, Unegovsky said, it’s more likely the industry will find 280E resolution through an act of the U.S. Congress than from the court system.

“I hope it works out. I don’t know that it will,” she said. “If they can single-handedly change this, they’ll go down in the laurels for all time.

“I just don’t know that they will.”

Fowler has been advocating for marijuana businesses to settle with the IRS, rather than fight the agency in court, because he says that generally saves time, money and resources.

“They’re dreaming,” Fowler said of the appeal. “Harborside just took a huge risk by doing that, and I believe they’ve been grasping for straws.”

Fowler reckons Harborside is risking entrenching the IRS’ hard-line position on 280E even further with the appeal.

He added the company should have waited for expected guidance that might be forthcoming from the agency, based on a federal watchdog report on 280E released earlier this year.

In particular, Fowler called the parallel between Harborside and a grocery store “ridiculous” because Harborside – like the rest of the marijuana industry – is unambiguously illegal under federal law, whereas grocery stores are legal.

“They’re really pushing the industry to have some really tight rulings on this. The IRS is preparing more guidance on this, so (Harborside) should have waited until they got that guidance,” Fowler said.

“To me, those arguments are weak, and it’s not good for everybody else.”

But this time might be very different than when Harborside first took its case to the Tax Court in 2016, Greenspoon Marder’s Mann said.

The filing of amicus briefs means the combined legal firepower in this case is much greater on the appeal than in 2016, when the case was first tried.

In addition, Mann said, the 2018 opinion on the Harborside case was “ill-considered” and full of legal issues that are ripe for an appeal.

Unegovsky, for her part, said some of Fowler’s critiques are unfair, including that Harborside should have focused on lobbying Congress instead of utilizing the court system.

“It’s basically saying to somebody, ‘Don’t pursue your legal rights because you’re not going to win anyway,'” Unegovsky said.

But the bottom line is there’s no way to gauge Harborside’s chances, Unegovsky emphasized.

“There’s no way I’m putting a percentage on this,” she said.