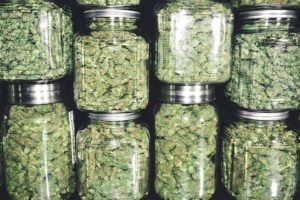 Researchers arrived at their conclusion after studying 254 entrepreneurs to see whether “cannabis users generate new venture ideas that are more original, but less feasible, compared to non-users.”

The answer is yes, researchers said.

“Cannabis users are more impulsive, disinhibited, and better at identifying relationships among seemingly disparate concepts, holding potential to benefit their idea originality,” the researchers noted in the study, published in the March issue of Journal of Business Venturing. “However, such effects and cannabis users’ impaired executive functioning likely detract from idea feasibility.”

While researchers praised the originality of ideas that included a weightless, gravity-free virtual reality workout, they said cannabis users’ proposals “may benefit from non-users’ insights to develop the feasibility of their ideas.”

“Originality and feasibility are both crucial in entrepreneurship – one without the other limits potential value creation,” said Benjamin Warnick, lead author of the study and assistant professor in the Department of Management, Information Systems and Entrepreneurship at Washington State’s Carson College of Business.

Researchers also found that the ideas from study participants with more business experience tended to be pragmatic.

“Thus, entrepreneurial passion for inventing appears to play a role in channeling cannabis users toward idea originality but away from idea feasibility,” researchers said.

Researchers asked study participants to think of as many ideas for new business ideas based on virtual reality technology and then a panel of experts rated the originality and feasibility of the ideas entrepreneurs regarded as their best.

“This is the first study we know of that looks at how any kind of drug use influences new business ideation,” Warnick said. “But there is still much to explore in this area.”