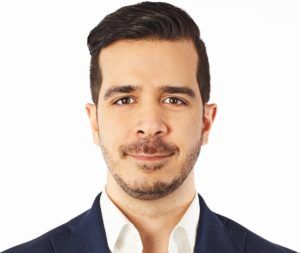 (Editor’s note: This is the sixth in a series of Q&As with speakers at MJBizConINT’L, Sept. 4-6, in Toronto. Narbé Alexandrian will discuss investing and raising capital in the global cannabis market. To read the previous Q&A in this series, click here.)

Since taking the helm at Canopy Rivers, the investment affiliate of Canadian marijuana giant Canopy Growth, Narbé Alexandrian has seen the cannabis industry go from dipping its toes into global waters to plunging in headfirst.

And what a splash.

And while the global cannabis industry is still in its infancy, some discernable trends and opportunities have started to emerge.

Alexandrian spoke with Marijuana Business Daily about the global cannabis markets in advance of his appearance at MJBizConINT’L.

International cannabis markets are growing, but have any discernible trends emerged that industry stakeholders should be aware of?

The biggest trend in our view is a move away from vertical integration into specialization, or horizontal integration.

Right now, you look at the industry and whether it’s a U.S. MSO (multistate operator) or a Canadian LP (licensed producer), they are forced to be vertically integrated by regulations.

But what we’re seeing is companies picking and choosing their specialty, one to three things that they do best, and outsourcing the rest of the inputs and outputs.

In the long term, quality is going to really level off, in terms of what different producers are going to do, and then it’s going to come down to who’s going to do what in the industry.

Right now, you see companies that are trying to be farmers and pharmaceutical formulators at the same time, and that’s a really difficult thing to do, and you’re spreading yourself too thin by doing that.

What does this trend mean for investors?

In the medium to long term, we think that if you’re an investor looking at this space and at a specific stock or specific private placement, you need to understand:

These are the things you need to look at, because if they’re not good at one or two or three things, then they’re just mediocre at everything, and that’s not going to get you anywhere in the long term.

Which countries, outside the U.S. and Canada, have the most advanced regulatory systems and markets, and where are companies and investment opportunities most developed?

The biggest area of focus outside the U.S. and Canada is Europe. You see so much momentum from different countries.

In the United Kingdom, every other headline there is about medical cannabis legalization, which is a huge step.

France will be a key area for cultivation because of all the wineries they have and how advantageous agriculture is there. There will be great cultivators there, and they are slowly moving toward medical.

The Netherlands is turning into a legal cannabis country, and soon, all product will have to be from a legal, traceable source, which is very interesting.

You have Denmark and Germany, which have big medical markets.

Spain, Italy and Greece will be great for cultivation and extraction because of the agriculture and the low-cost labor.

Europe is the absolute hotbed because any legislation that comes up for cannabis is going to affect all the countries.

You have this continent where you can effectively produce in low-cost areas such as Greece, where the labor costs are low and the costs of incorporation are low because they’re trying to entice economic development there.

And then you can ship to high-income countries where there’s lots of disposable wealth.

You don’t see that in Latin America, where production costs are low but consumers can’t buy that much.

Are foreign cannabis companies drawing the same kind of talent – people from big-name companies such as Kellogg and Nike – that U.S. and Canadian companies are drawing?

Foreign markets look like what Canada and the United States looked like one to two years ago, where you have the opportunists jumping in. These are typically the hedge funds or bankers who see the amount of profit being made here and in the U.S., and they want to replicate there.

I joined (Canopy Rivers) about a year and a half ago.

But a year ago from today, when we were looking at the industry, it would have been a big deal to bump into an executive who had been at Kellogg’s or Diageo or Nike. Nowadays it (is) pretty common.

If you don’t have that kind of talent – it doesn’t have to be an executive but someone with experience building CPG (consumer packaged goods) brands – you’re going to end up outcompeted and outcapitalized.

Are there many investors outside the U.S. and Canada getting involved, and is there serious capital now entering the global cannabis markets?

Definitely. This year has seen the largest number of cannabis-related funds launched in Europe.

We don’t have that much exposure in Latin America because it’s a politically difficult area to work in, especially with how the black markets operate there.

We are seeing a lot of money coming out of Hong Kong and China as well, going into medical hemp markets.

There are medical hemp companies within the Asia Pacific market, which is becoming a legalized market.

And China is a gigantic market that has had hemp in its culture for thousands of years. China is the biggest operator in hemp and could theoretically crush North American markets.

These are huge, emerging markets that could really transform the entire industry altogether.