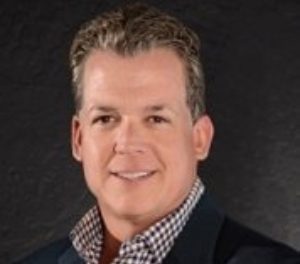 Cannabis cultivation companies with a foothold in “constrained” markets – those with relatively few licenses such as Massachusetts – have a natural advantage, thanks to limited competition and marijuana supplies.

Massachusetts-based Tilt Holdings is one such company. Tilt has multiple businesses that, among other things, offer cannabis-related technology and operate cultivation centers and retail stores in Massachusetts and Pennsylvania.

The company – which came together through the merger of four U.S. and Canadian companies last year – hired Mark Scatterday as interim CEO in May.

Scatterday comes to the marijuana business from the e-cigarette and natural plant-derived oil industries, where he was senior vice president of manufacturing and development for Njoy, a New York-based vape product company.

Tilt has asked him to refine the company’s core subsidiaries and bolster its financial performance. (On the flip side, Tilt faces a possible class-action lawsuit over its marketing tactics.)

Scatterday is keen to capitalize on the company’s plant-touching operations in Massachusetts, where growers and retailers are seeing high cannabis prices – as much as $4,000 at the wholesale level.

“It’s a great market for selling cannabis, period, in Massachusetts,” Scatterday said. “Whether you’re doing it through your wholesale efforts or your retail efforts.”

Marijuana Business Daily spoke with Scatterday about the Massachusetts cannabis market, realigning senior leadership and how to restructure a cannabis company.

You’re seeing an increase in revenue on your wholesale operation in Massachusetts. What does the cultivation market look like in the state?

The wholesale market looks really strong. The market remains constrained, especially from an adult-use perspective. We’ve had a lot of success in the past couple of months selling to the adult-use dispensaries throughout the state.

What’s a pound of wholesale flower going for in Massachusetts?

Have you changed your forecast for 2020 in Massachusetts? If so, based on what?

2020 still looks in line with how we were thinking about the world a few months ago.

The real change is that in 2019 we were anticipating adult-use licenses this year. It looks like that timeline will be pushed out to best-case December but mostly likely early January.

We’re not anticipating a change in 2020, but 2019 is going to look a little different in terms of the timing of adult use. But we are doing more favorable on wholesale than we anticipated, so that partially offsets what we were expecting on adult use.

Are you seeing more appetite for value-added and infused products as the cannabis consumer becomes more sophisticated?

Gummies are flying. Value-added products are in very high demand.

There aren’t a lot of West Coast brands yet to penetrate the East Coast. We’re seeing a lot of success across the board.

People need flower. They need value-added products. (It’s) not dissimilar from other markets that we’ve been working in previously.

More broadly, what are your thoughts on the current climate of the entire cannabis industry? Are you bullish or bearish?

The market is really, really exciting. Especially in new, supply-constrained places like Massachusetts. It’s fun to be part of history as those states come online.

It’s especially promising for the companies in the space that are built on sound business principles of profitability and not just scaling of companies to drive top line.

When you realigned your senior leadership, what did you learn about that process?

When I stepped into the interim position I saw a lot of opportunities – recasting our values, as well as getting back to basics. Really focusing on a basic, fundamental business.

We needed to properly allocate capital where it’s needed – really focusing on margin and bottom line as well as driving top-line growth but a little more discipline without compromising margin.

How were you able to evaluate where you were inefficient?

We really looked at vendor-by-vendor budgets for the year, justification for what they’re doing, what’s going to drive the top line.

That was a big element in enabling us getting our costs down. From an HQ standpoint we did a justification of what resources we had in place.

This one had not gone through that process until I came on board.

A lot of cannabis companies are doing a lot of acquisitions and not spending a lot of time integrating those companies.

Tilt has spent a lot of time this year actually integrating the companies that were either acquired or part of the initial business combination.

When the company’s focus is on acquisitions and scaling top-line growth, it’s tough to give the bandwidth toward the operations and running the business.

So those opportunities to cut costs and looking for efficiencies in the business were the absolute priorities in the past 90 days.

Are there are any specific challenges to integrating these companies?

Integrating companies is one of the most absolutely difficult things to do in business. You have all of these sort of disparate cultures and overlapping positions.

What would you recommend thinking about when “right-sizing” your staff and offices?