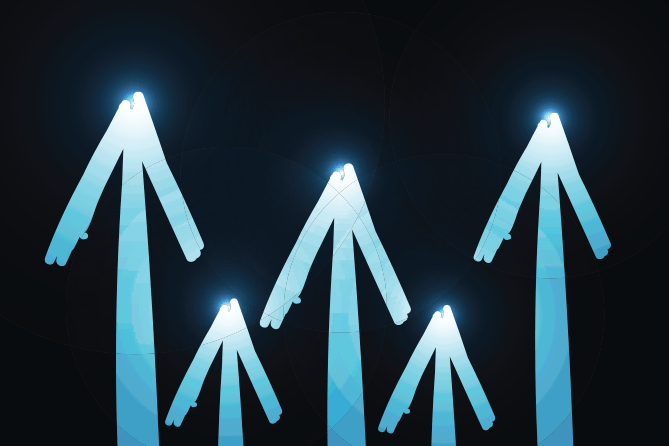 (Clarification: MJ Freeway said the problems it experienced in January were tied to a “malicious hack” of its systems. The initial version of this story did not make that clear.)

It’s a common occurrence in the world of business: A rival makes a fairly big mistake or experiences an adverse event, opening the door for your company to win over some disgruntled customers.

A competitor might unexpectedly falter for any variety of reasons, and suddenly your phone is ringing day and night with customers needing your services.

To capitalize on a rival’s misfortune, however, requires a company to be nimble, forward-thinking and responsive – all while conducting itself with tact and class.

Trouble can strike a rival in the cannabis industry in countless ways.

Last year, two Canadian medical marijuana growers – Organigram and Mettrum – were forced to recall marijuana products that were contaminated with myclobutanil, a prohibited pesticide. The news was widely publicized, raising concerns among MMJ patients and triggering proposed class-action lawsuits against the companies.

In the United States, Denver-based MJ Freeway was sent reeling in January after the seed-to-sale tracking company’s software platform for cannabis businesses suffered a meltdown, which officials tied to a “malicious hack.” That left some 1,000 dispensary and recreational shop owners across the country without a way to enter and track sales transactions, log inventory and remain compliant with state regulations.

Many of these cannabis business owners were forced to turn to other service providers to keep their doors open.

“It’s been a crazy year,” said Kyle Sherman, co-founder and CEO of Denver-based Flowhub, a competitor to MJ Freeway. Sherman said his company has grown by 300% since the last quarter of 2016, in part due to an influx of new customers after MJ Freeway’s woes.

Ben Curren, co-founder and CEO of Green Bits, a seed-to-sale software company with offices in Portland, Oregon and San Jose, California, said his business increased its customer base sixfold in January.

The two CEOs have learned a lot from this recent change of fortune, including the necessity of anticipating an event like this, how not to spread yourself too thinly, and the importance of maintaining customer satisfaction.

Be Prepared to Scale Up

For starters, you don’t want to be caught flat-footed if disaster strikes a rival.

While scalability might not be the most important part of starting a new business, Sherman said, you need to consider scalability as market demand for your product takes hold for whatever reason.

Flowhub was built with the capability to handle an unexpected influx of new customers since Day One, according to Sherman.

“You really want to think of these things up front,” he added. “So that when you get to a point where there’s a lot of demand for your product, you can easily scale into that without going, ‘Oh my gosh, we need to go rethink our architecture.’ That’s how we were able to serve customers very quickly.”

Sherman anticipates the industry is only going to get larger from here, so it’s important companies are ready for growth for any number of reasons, including unanticipated events that impact a rival.

Prior to January’s MJ Freeway meltdown, a normal onboarding would take a Green Bits customer about three weeks. But when your point-of-sales software system fizzles, three weeks can feel like eternity. So Green Bits created an “expedited onboarding” program and accelerated the process to three days from three weeks.

Now Curren and his team have that as a built-in emergency plan, though he still recommends a two- to three-week program. That gives the company ample time to process inventory, train staff how to use the program, purchase and install hardware, and test transactions.

Bite Off What You Can Chew

If you’re suddenly flooded with orders because of a competitor’s misfortunes, think carefully about how much you can handle without stretching yourself too thin.

Since MJ Freeway’s issue, Green Bits has received queries from several other state markets it doesn’t currently serve. Curren said he considered jumping into those markets but decided against it.

“To keep up with the pace we had to only take business from certain states,” he said. “If we’re going to do a thing, we want to do it really well. So we didn’t want to pick up all these new stores and not be able to serve them appropriately.”

He was fine with giving up some business to other companies. He wanted to make sure his existing customers were serviced properly.

“If we do a good job and serve our customers well right now, that word of mouth is indispensable and will help us grow in the future,” Curren said.

He’s watched other businesses spread themselves too thin, do a poor job and their reputations suffered a hit.

“I’d rather give up business on our own terms, and say, ‘Hey, we’d love to, but we cannot service you to the level that we want to at this point.’” He estimates he turned away over 70 potential clients.

When disaster strikes a competitor, use that opportunity to make sure you avoid a similar fate.

In the case of a product recall, for example, you might want to double-check your own inspection and testing procedures. For example, the CEO of one of Canada’s biggest medical marijuana cultivators called on cannabis companies and the federal health department to ensure the industry doesn’t suffer a repeat of the Organigram and Mettrum recalls. Vic Neufeld, CEO of Aphria Inc., wants a strict system for product testing, with producers footing the bill.

To avoid the fate of MJ Freeway, Green Bits hires “white hat” hackers to purposely try to hack its site. Curren puts bounties on the site’s vulnerabilities, so if the hackers can find them his team can fix them. If a white-hat hacker finds a small problem, the hacker gets $100. If a hacker can execute malicious code on Green Bits’ servers the hacker receives $10,000.

“We’re just being more and more proactive about these things,” Curren said.

Flowhub contracts a security firm that consistently conducts penetration tests on its computer systems to check for vulnerabilities.

Half the battle is about positioning. While you want to win over new customers, you have to be mindful of how you’re capitalizing on a rival’s woes.

In January, more than 200,000 customers deleted the ride-hailing service’s app, upset that the company was apparently trying to capitalize on a taxi strike at New York’s John F. Kennedy International Airport. Many of the taxi drivers are Muslim immigrants, and they were protesting President Trump’s executive order barring visitors from seven Muslim-majority nations. Uber’s action ignited a #deleteUber campaign on Twitter and generated an avalanche of bad press.

It’s not unheard of for companies to blatantly go after a rival and say, “Look, we’re not them,” said Stephen Miller, senior director of entrepreneurship at Daniels College of Business at the University of Denver. But he added that specifically calling out another company by name can backfire.

For example, if your competitor had some test results come back negative, it would be unwise to “go out and trumpet that fact,” he said. “You could probably reference that you’ve never had that issue without bringing up someone’s name.”

He also recommends stakeholders in the marijuana industry to have a lot of what he calls corporate flexibility, which means you are prepared and willing to exploit a competitor’s shortcomings, but do it in a way that doesn’t alienate the public.

“You want to be as aggressive as possible, but it’s important to take the high road whenever possible as well,” Pearson added.