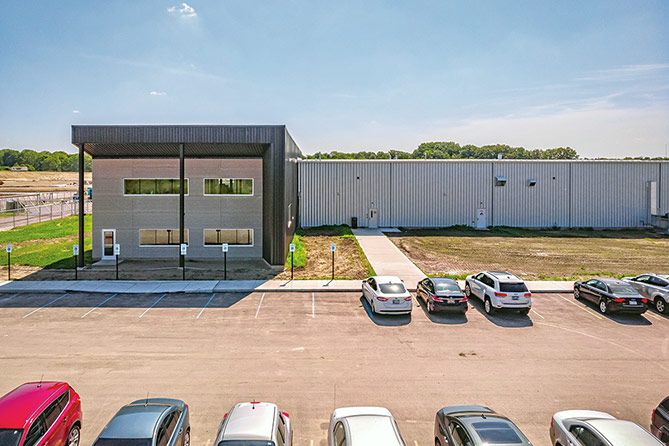 Large multistate marijuana companies increasingly are turning their real estate into quick cash that provides a valuable source of funding.

They’re doing so by selling cultivation, processing and storage facilities—and, in some cases, retail stores—primarily to cannabis-focused real estate investment trusts, or REITs. In exchange for the upfront cash, the companies sign a long-term lease with their new landlord. After the agreement, such businesses are tenants in the properties they once owned.

In the fourth quarter of 2019 alone, Cresco Labs, Columbia Care, Green Thumb Industries, Acreage Holdings and Grassroots Cannabis together raised more than $200 million by selling properties and leasing them back.

Such transactions come at a time when cannabis capital investments are drying up from sources such as venture funding, family offices and wealthy individuals. Most banks, meanwhile, avoid marijuana companies.

“Both private and public equity funding has become scarce as the publicly traded stocks dropped about 50% in the second half of 2019,” Regan noted.

The deals can be especially attractive to the cannabis industry, given that marijuana remains illegal at the federal level and businesses have limited funding opportunities as a result.

“Our industry just does not have as many options as traditional businesses,” said Joe Caltabiano, the president and co-founder of Chicago-based Cresco Labs.

Andy Grossman, chief of capital markets at Green Thumb Industries in Chicago, agrees. “No bank will give you a mortgage on your real estate,” he said.

He noted that Cresco is carrying about $100 million of property, plants and equipment (PP&E), much of which could be monetized through a sale-leaseback—provided Cresco determines that is the right move.

A Simple Form of Funding

One of the appeals of sale-leasebacks is they’re straightforward.

Allen said even if the founder of an MSO isn’t familiar with a sale-leaseback, the company typically has lawyers and accountants on its staff who are knowledgeable about them.

“A sale-leaseback contract in the marijuana business is pretty much a standard lease-agreement contract,” noted Rob Foster, a senior director at Tower Commercial. “It’s not like if you are issuing stock and you have to wade through 150 pages of really complicated details.”

A handful of REITs and other private investment companies focus on cannabis real estate.

San Diego-based Innovative Industrial Properties (IIP), which became the first marijuana-focused company to trade on the New York Stock Exchange in late 2016, is by far the largest cannabis-focused REIT.

Together, the facilities total more than 3.1 million square feet—the equivalent of about 17 Walmart Supercenters.

For a company signing its first deal with IIP, it typically takes 45 to 90 days “from our first conversation to the closing” to consummate the transaction, said Paul Smithers, IIP’s president and CEO.

For existing tenants, however, IIP can close a deal “in a significantly shorter time frame,” he added.

And once the agreement is inked, IIP and other real estate investors can amend the lease by working out a deal in which the company will fund tenant improvements in exchange for higher rent payments.

Typical tenant improvements, according to Smithers, include:

Finding the right investor to arrange a sale-leaseback requires shopping around.

It’s a good idea to get sale-leaseback proposals from different parties to compare them, according to Malcolm McNeil, a cannabis attorney and partner in the Los Angeles office of Arent Fox.

He suggested the cannabis company should know ahead of time how it will use the proceeds from the sale-leaseback.

“Carefully scrutinize the business plan, the growth potential, the use of capital and the expectation of return to avoid a crash crunch in the future,” McNeil said.

In other words, make sure you can pay the monthly rent on the property.

“We find that clients are often in a hurry to close a transaction—or, worse, did not want to invest in the appropriate due diligence to ensure that the arrangement will not impact long-term viability of the business,” he said.

Caltabiano of Cresco said it is important for a company to do its research before picking a buyer, because a sale-leaseback deal is a long-term relationship. Boxes that must be checked include the interest rate you will be charged and the number of years you will owe rent.

“Our most recent sale-leaseback was for 15 years, with two five-year options to renew,” Caltabiano noted.

Still, a sale-leaseback is not for everyone, said Investor Intelligence analyst Regan.

The long terms of the lease, often 15 years, and high interest rates are concerns, he said. The interest rate can range from 12% to 15%, or up to three times as much as a traditional industrial sale-leaseback deal.

“Cannabis companies should try to incorporate low-cost early termination clauses and even consider paying a higher rate in exchange for flexibility,” Regan said. “If the laws change and more lenders enter, future competitors will get leases at lower rates while you’re stuck paying the higher, ‘federally illegal’ rate for many years.”

One concern from cannabis companies is that their new landlord will demand a role in the business.

“Cannabis companies are sensitive about maintaining full autonomy and control over their mission-critical facilities,” IIP’s Smithers said. “They will typically inquire as to our level of influence or day-to-day involvement in their operations. We are able to assuage their concerns by explaining that we are focused on being a real estate capital provider and do not get involved in their daily operations or business decisionmaking.”

But it can be difficult for a marijuana company to part with its real estate.

Caltabiano of Cresco said it is only natural to look at real estate as more than just a line item on a financial statement.

“You try not to be emotional about real estate,” he said. “But I do think people take pride in a building that you built with your blood, sweat and tears.”

Perhaps a bigger question is whether a company is better off holding the real estate and banking on it appreciating in the coming years.

“If you had a crystal ball, and you knew where your real estate was heading, you might hold on to it for another year or two so you don’t leave chips on the table,” Caltabiano said. “But you have to play the hand you are dealt.”

Getting Out of Real Estate

One reason for a company to sell its facility is to reinvest the money in the core cannabis business. The return can often surpass any future appreciation of the facility being sold.

“Groups can generate higher returns by unlocking the stranded capital they have in their real estate and reinvesting that into their core operations,” Smithers said. “These companies are cannabis operators first and foremost, and that is the area (where) many prefer to focus their time and money. We find many of the sophisticated operators in the industry understand this.”

The bottom line is that the companies want to be in the cannabis industry, not the real estate space.

“If you are in business A, B, C or D, you want to focus on the business you know and believe in and not in your real estate. Ultimately, your returns will be much greater by taking the cash from your real estate and investing it back into your core business,” Allen of Tower Commercial said.