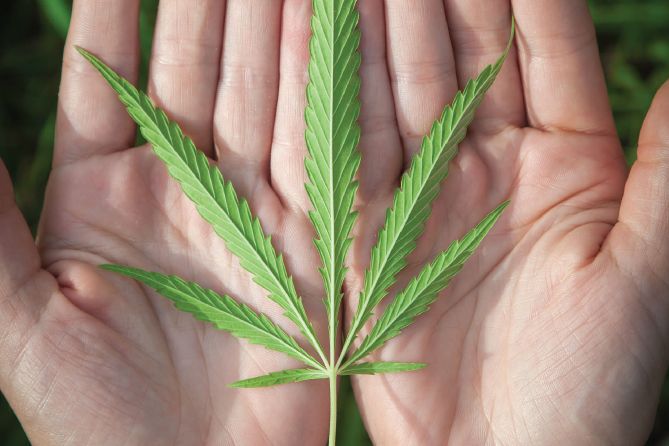 Why 2018 could see the hemp market soar … or fizzle

It’s going away. Or maybe it’s taking over the world. When it comes to hemp, the plant’s tantalizing potential is a huge mystery. And 2018 is going to see many clues to the mystery fall into place.

That’s a big reason Marijuana Business Magazine is dramatically ramping up its coverage of the hemp industry – to keep you abreast of what to watch in this emerging market. And you can start with this column for a monthly take on where the hemp industry is headed.

How hot is hemp right now? The hemp-derived CBD market is projected to balloon to $1.65 billion by 2021. That’s an increase of more than 400% in just four years, according to cannabis market analysis firm Brightfield Group.

And that doesn’t count hemp’s non-CBD uses. We’re talking building materials. Automotive components. Food toppings (hemp seeds on yogurt, anyone?). One Denver entrepreneur is even planning to start making snowboards from hemp in 2018.

You can see why so many businesses are jumping on the hemp bandwagon, and why states are jockeying to attract more hemp farmers and processors. But there are developments brewing in Washington DC that you’ll want to watch if you’re in the hemp business or considering getting into it.

I’m talking about the Farm Bill, a periodic update to the nation’s agricultural laws, including farmer subsidies and government spending on this crop or that. It’s a routine piece of sausage-making that seems boring, unless you consider how it could make or break America’s place in the global hemp market.

The 2014 Farm Bill created the modern U.S. hemp industry, because it ended decades of federal prohibitions on growing the plant. More than half the states – 30-plus – have created hemp programs since 2014, each hoping to give its farmers a new revenue stream and a piece of this huge new market.

But the 2014 Farm Bill left holes a mile wide, and that’s why the 2018 version is so important for hemp pioneers to watch. Expect intense lobbying by rival hemp producers and states to see their priorities written into law. Four potential changes to keep an eye out for

The 2014 law didn’t tell states how the hemp plant could be used. Some states limit hemp production to seed and fiber – aka the “soap-and-rope” model. Others permit farmers to grow hemp for the emerging market for CBD extraction. CBD has proved to be far more lucrative for growers than seed and fiber. So the hemp industry is pushing for extraction to be expressly permitted in all states. Agronomists say that three high-CBD hemp plants destined for extraction can produce as much profit as a whole acre of corn. And giving hemp growers permission to extract CBD in any state – via the 2018 Farm Bill – could unleash thousands more acres for hemp-based CBD production and change market dynamics for all.

Expect Congress to look at including water rights in the 2018 Farm Bill. The 2014 version applied only to agriculture officials, not other federal agencies that control watershed rights across much of the American West. The oversight led one Montana hemp farmer to lose her entire crop last year, when the U.S. Bureau of Reclamation said the Farm Bill didn’t authorize it to allow her to access federal water. A group of western senators tried to solve the problem with a bill about hemp and water, but the attempt didn’t work. Expect the water debate to resurface in the 2018 Farm Bill.

There’s no free market in American agriculture. The federal government uses farmer subsidies to control commodity prices for everything from wheat to rice to peanuts. Farm subsidies protect farmers from ruin in case of drought or flood, and farmers are therefore leery of endangering them. There’s little talk of using farm subsidies to stabilize the hemp market. But expect farmers to push for language in the 2018 Farm Bill guaranteeing that they won’t endanger other subsidy payments by devoting some of their land to hemp.

Sounds crazy, but the 2014 Farm Bill allowed states to import viable seeds from other countries, but not each other. That’s right. A Vermonter can buy live hemp seed from Poland, but not from neighboring New York. Expect language in the 2018 Farm Bill to change that.

In short, the 2018 Farm Bill could change everything, opening the market to thousands more farmers and increasing competition. Some warn that hemp prices could bottom out if traditional farmers enter the market in greater numbers. As one economist grimly quipped last year at a hemp conference in Kentucky, “American farmers are so good, they can grow the money right out of anything.”

Which takes us to the $64,000 question: Is hemp going to change the world? We’ll see. But no matter what happens, we’ve got you covered.