The California medical marijuana industry is taking a beating, with an estimated 200 dispensaries and scores of related cannabis businesses closing since early May.

Hundreds more could be forced to shut down in the coming months, ensuring that California will remain one of the most unpredictable, chaotic MMJ markets in the country for the foreseeable future.

If you’re currently operating any type of MMJ business in the state (particularly in southern California), buckle up and prepare for a bumpy ride. Most importantly, remain as flexible as possible to deal with changing conditions and have a Plan B professionally in case the whole endeavor goes up in smoke. And if you’re eyeing possibilities in California, the best opportunities may very well be in the home-grow market and in products for patients/users such as smoking devices (more on this later).

The overall business climate in the state is grim: From Anaheim and Los Angeles to Inland Empire, San Bernadino and Riverside, dozens of cities and counties across the state have outlawed or put in place restrictions on medical marijuana operations in recent weeks, while others are moving in that direction. At the same time, numerous towns with dispensary bans on the books for awhile have finally started enforcing the law.

Chalk it up to last month’s brutal Supreme Court ruling that essentially gives cities and counties the ability to enact dispensary bans, as well as pressure from district attorneys and a recent ballot measure in Los Angeles that will force most of the city’s centers to close.

“It is a perfect storm,” said James Slatic of MedWest, which sells vaporizers and other products, adding that the turmoil is having a huge affect on those in the real estate side of the industry. “Landlords are extremely distressed as they now have vacancy’s to fill in a slow economy.”

Indeed, the closure of so many dispensaries is having a ripple effect on the entire industry. Businesses that provide services and products to dispensaries – from advertising to equipment – are taking huge revenue hits as their client base shrivels, and many are hanging by a thread.

The turmoil is even evident at industry gatherings and events.

“I was just at the High Times Medical Cannabis Cup in San Francisco over the weekend, and it certainly looked like there were fewer booths and smaller crowds this year, both on the dispensary side as well as the ancillary business side,” said Khurshid Khoja, the principal and founder of Greenbridge Corporate Counsel, which provides legal services to MMJ businesses.

Khoja added that the medical cannabis business community is increasingly looking outside the state for opportunities.

“Fortunately, I haven’t seen any significant dropoff in my business law practice yet, though I am seeing the bulk of investor and entrepreneurial interest gravitate away from the uncertainty of markets like California and into the much more stable regulatory environments in Colorado and Washington,” Khoja said. “Additionally, there’s a lot of excitement about the new dispensary laws in Nevada.”

But it’s not all doom and gloom: Amid this chaos, some MMJ businesses are adapting to survive, while others are thriving.

Universal Hydro said it has seen overwhelming demand in California for its new indoor hydroponics systems aimed at home growers, fueled by an increase in the number of patients looking to cultivate their own supply or marijuana as their local dispensaries close.

“Due to an overwhelming response from our customers, we sold out of our first batch run of systems in four days,” said Steve Fields, Universal Hydro’s master grower, adding that the company expected the initial supply to last a month.

Other ancillary products, such as MedWest’s vaporizers, are doing a brisk business.

Additionally, many dispensary owners who were forced to close their shops have continued to operate via discreet delivery services and “mobile” centers, though the legality of these operations is questionable in some areas.

And some entrepreneurs are still rolling the dice, opening dispensaries in cities across the state even as many close.

Adam Bierman – co-founder of MedMen, which provides MMJ marketing and consulting services – said he has even helped three new dispensaries open up in California over the past few weeks.

He has a brighter assessment of the MMJ business situation in California than some other observers. Bieman said the overall market for cannabis isn’t changing – patients and users are still seeking out and paying for marijuana at the levels they did before – but how they get it might. Some patients might drive to nearby cities and towns where it’s legal, others will rely on delivery services.

He also questions whether government officials in Los Angeles – where hundreds of dispensaries are supposed to close – will be able to enforce the new law, saying that those regulations are somewhat vague anyway and legal challenges will likely result. Either way, Bierman said the current climate isn’t much different that its been in the past, noting that the California MMJ industry has always been volatile.

Others, however, say it’s just a matter of time before the hammer drops and believe that the recent developments have caused unprecedented chaos for business owners.

“The mere fact that individuals are still running dispensaries and operating illegally in Los Angeles does not mean it is good for business,” said F. Freddy Sayegh, a medical marijuana attorney in Culver City, California. “Just because the city hasn’t begun enforcement doesn’t mean it won’t. I already had several dispensary clients shut down. And it’s not just them. Ancillary businesses are taking a hit. Employment is taking a hit.” 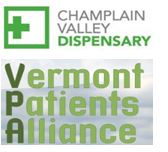 Week in Review: US Inches Closer to Medical Marijuana Benchmark, But New York Not in Cards?