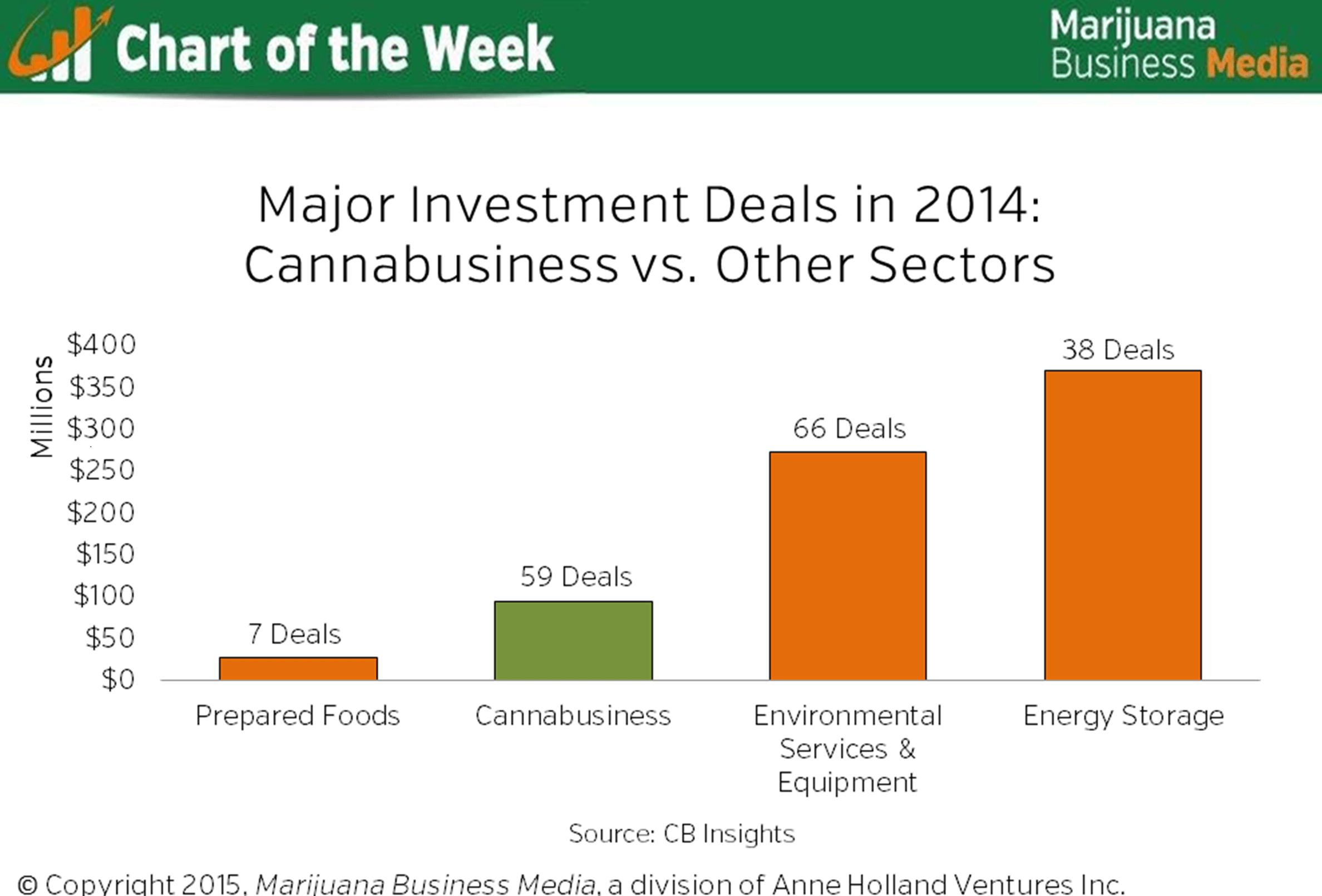 Last year was a significant one for cannabis investments.

This represents a 940% increase over 2013, reflecting an average of $1.61 million per deal. (The numbers include only publicized deals; investments under $1 million between accredited investors and privately-held, local cannabusinesses often are not made public.)

But the marijuana industry made significant progress, and the deal volume was exceptionally large compared with the low dollar total.

ADVERTISEMENT
In fact, the number of investments in the cannabis sector surpassed several other industries – including prepared foods (7 deals) and energy storage (38) – and was on par with environmental services and equipment companies, which raised $274 million in 66 deals.

This indicates that private equity investors may have considered 2014 an experimental year for cannabis.

It was the first time many of them dipped their toes in the marijuana industry. If these experimental investments do well, expect these investors to fund larger deals – and overall activity to rise.

Jennifer Mann can be reached at jennifermann@mjbizmedia.com