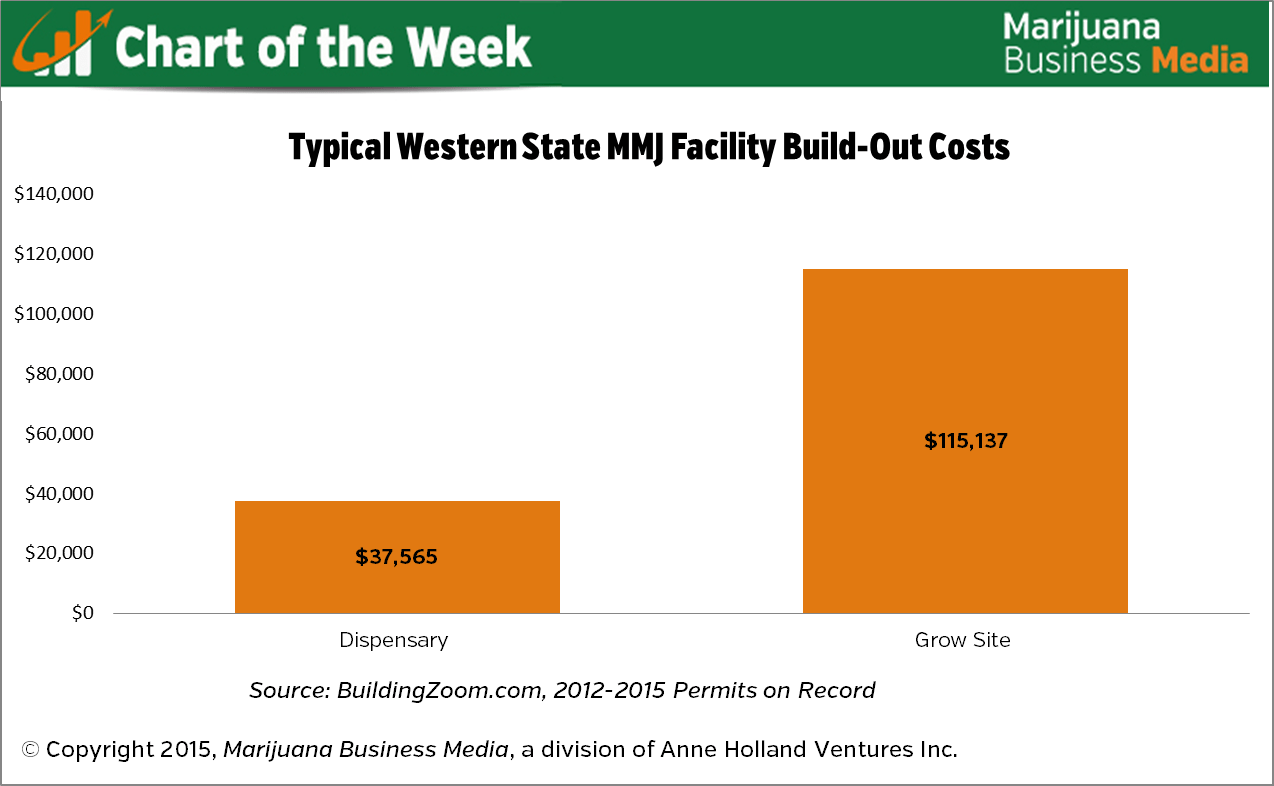 Congratulations, you’ve gotten permission to run a medical marijuana dispensary or grow facility on a piece of commercial real estate.

These costs typically include electrical work, plumbing, Americans With Disabilities Act compliance – such as wheelchair access – and installing (or removing) doors and partitions. They do not, however, include expenses for décor such as paint, carpeting or display cases, nor do they include equipment or technology such as grow lights, software, security cameras and packaging.

So, all in all your build-out budget may at least double.

Although build-out costs were on average fairly similar across the states, the activities in each state varied. For example, California dispensaries were often renovating to “legalize” spaces they already occupied. California municipalities have also issued quite a few permits to repurpose former illegal grow or retail spaces into non-MMJ purposes.

Colorado grow facilities were more likely on average to be adding on additional square footage than to be building an entirely new facility from scratch; while Colorado dispensaries were more likely to be renovating a prior dispensary’s space for use by a new brand. Arizona, Oregon and Washington State permits were generally for new entities.

Building permits are public records. Aside from revealing estimated build-out costs, they also give the names of the contractors proposing to do the work, which might be helpful if you’re building in the same city.

Just under of a third of the MMJ-related permits researched revealed that the business or property owners themselves planned to do the work themselves instead of hiring a contractor.