A panel of state lawmakers voted 5-0 to recommend adding post-traumatic stress disorder to the list of qualifying conditions under Colorado’s medical marijuana law.

It’s a major shift for a state that up to now hasn’t endorsed the use of medical cannabis for PTSD, the Associated Press reported.

The vote isn’t legally binding, but is rather a recommendation to the full Legislature, which begins its new session in January. Approval could significantly broaden Colorado’s patient pool, given that many military veterans suffer from PTSD.

ADVERTISEMENT
Of the 25 states that have legalized medical marijuana, 18 states, plus Washington DC, have PTSD on their conditions list. Montanans will vote in November whether to add PTSD to its conditions list.

Colorado’s health department has long opposed adding PTSD, citing a lack of research. The Colorado Board of Health has rejected four applications to add PTSD.

The U.S. Drug Enforcement Administration and Colorado have approved a $2 million study of marijuana as a PTSD treatment. The study, the first of its kind, includes 76 veterans. Colorado has about 100,000 medical marijuana patients. 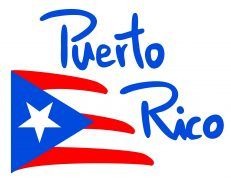