Edibles companies in Colorado won’t have to stamp their products with a red stop sign after all.

Officials crafting new regulations on marijuana edibles initially proposed a rule that would have required manufacturers to include a symbol resembling a stop sign, emblazoned with the letters “THC,” on such products.

ADVERTISEMENT
But they have since tweaked those plans. Instead of the stop sign, regulators now want edibles companies to use a diamond-shaped symbol with “THC” inside, according to revised draft rules released this week. The marking wouldn’t have to be red, either.

The change was made after edibles producers “complained that a stop-sign shape implied that the products are dangerous and shouldn’t be consumed,” the Associated Press reported.

Colorado is in the process of finalizing new edibles regulations – including one that would ban the use of the word “candy” on cannabis products.

The draft rules face a final public comment hearing on Aug. 31, and the state hopes to finalize the new regulations shortly after. The rules will be adopted in January. 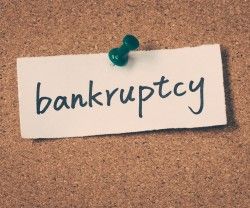