Denver home prices skyrocketed 10% in March – coming in just behind San Francisco, which has long been one of the hottest housing markets in the country.

And it appears Colorado’s booming marijuana industry is a big reason for the price spike, highlighting the immense business opportunities recreational cannabis has created in the state. The development also shows how legalization can spur economic growth, which could help convince other states to pass cannabis-related laws.

CNN reports that Colorado’s marijuana industry has created scores of new jobs that are attracting people from around the country, fueling demand for housing.

“The pot industry is creating jobs we didn’t have before,” one real estate agent told CNN. “It adds a whole new factor to the area; you have real estate needs, housing needs, job needs.”

Although cannabis isn’t the only thing driving the boom, it is a significant factor, the news outlet said.

The medical and recreational marijuana markets in Colorado have had a ripple effect throughout other aspects of the local economy as well, creating scores of opportunities for ancillary companies such as construction, legal and security firms.

Nevada Could Pave the Way for New Cannabis Banking Options 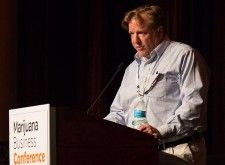