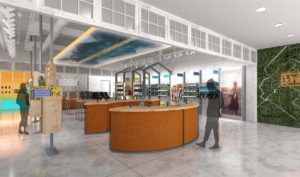 Cannabis One will franchise its retail stores under the Unity Rd. brand. (Photo courtesy of Cannabis One)

Marijuana and the franchise business model seem like a good fit, especially as a way for new cannabis businesses to make a quick impact through a well-known brand.

But cannabis and franchising can be a complex marriage because of the federal regulations that handcuff both sectors.

Entrepreneurs shouldn’t see this as a major deterrent, however, because franchising is “another way to spread the risk, expose the brand – and (it) makes a lot of sense for certain kinds of brands,” Matthew Kittay, a New York-based attorney for the Fox Rothschild law firm, told Marijuana Business Magazine.

Kittay and Eleanor Vaida Gerhards, based in Fox Rothschild’s Philadelphia office, point out that the franchise model not only allows quick expansion of a business’ reach but also enables marijuana companies to use outside funds, get more bang for their advertising dollars and benefit from the franchiser’s market knowledge.

Gerhards, Kittay and other marijuana industry stakeholders shared with Marijuana Business Magazine some tips for exploring the franchise model in the cannabis space, including: