In buying a chunk of the world’s largest medical cannabis company, global alcohol giant Constellation Brands substantiated the marijuana industry as both a threat and opportunity for alcohol, pharmaceutical and tobacco companies, analysts and executives said.

In short, the development signals that more deals could be on the horizon – particularly in Canada.

New York-based Constellation Brands – which owns, distributes and markets 100 beer, wine and spirits brands, including Corona and Robert Mondavi – will acquire 9.9% of Smiths Falls, Ontario-based Canopy Growth for 245 million Canadian dollars ($190 million), plus options to raise its stake to just under 20%.

“We view this international investment as a game-changer for the sector,” Toronto-based Beacon Securities analyst Vahan Ajamian wrote in a research note. “In our view, it highlights the value of scale and brand recognition – and validates our thesis that Big Alcohol, Big Pharma and Big Tobacco are going to look to acquire leading companies in the sector.”

Ajamian told Marijuana Business Daily that the Constellation-Canopy deal “is definitely going to motivate others to finalize a dance partner here (in Canada). Those plans go into a much higher gear today. As medical cannabis continues to gain mainstream adoption, it could impact pharma companies to get involved.”

In an interview with Bloomberg last November, Sands said his company was “looking at” the marijuana industry. “There are going to be alcoholic beverages that will also contain cannabis,” he added.

Industry sources say Canadian marijuana producers in particular could become investment or acquisition targets for alcohol companies looking to mitigate the likelihood that legal cannabis will eat into their bottom lines.

Some research has been done to quantify what analysts call “product cannibalization.”

The risk to the alcohol industry is far greater in the United States, where eight states have legalized recreational marijuana ahead of Canada and 30 have legalized medical cannabis.

Anderson estimates alcohol sales in the U.S. could decline up to $336 million as a result of consumers being able to purchase cannabis products legally.

Some alcohol companies, including Constellation, have been upfront about the risk that legalized cannabis poses.

In its annual 10-K filing published earlier this year, Constellation warned that a decline in the consumption of its alcohol products could occur as a result of consumers substituting legalized marijuana in lieu of its products.

The Boston Beer Co., maker of Samuel Adams and traded on the New York Stock Exchange as SAM, has warned its shareholders of risks stemming from the budding marijuana industry.

In its 10-K filing, the company said it’s “possible that legal marijuana usage could adversely impact the demand” for its products.

Jack Daniel’s-maker Brown-Forman also identifies legal marijuana in its 10-K filings as a risk factor that could negatively affect its business results.

Meanwhile, the CEO of one of the world’s top alcohol makers, Stewart Glendinning of Molson Coors International, told reporters last year that “cannabis is something we are thinking very carefully about, not only as a business but also as an industry.”

In a research note, Daniel Pearlstein, principal of Cannabis & Healthcare Research at Toronto-based Eight Capital, said the Canopy-Constellation deal could lead the way for large licensed producers in Canada to buy smaller ones.

He also said it could help tobacco or beverage alcohol companies acquire their way into the marijuana sector.

The Canopy-Constellation deal “validates the cannabis industry as both a threat and opportunity for larger established companies in beverage alcohol, tobacco, pharmaceuticals, agriculture, food manufacturing and technology,” he wrote.

Analyst Vivien Azer, of New York-based research firm Cowen and Company, noted the substitution effect between alcohol and cannabis consumption, and the former’s inexperience in marijuana could lead to more deals between the industries.

“This is a key risk factor for the alcoholic beverage sector, and given that they don’t have any expertise in cannabis, certainly I would expect to see more activity,” she told Marijuana Business Daily. “For Constellation, it’s a clean way from a regulatory perspective to gain exposure into the legal cannabis market. While Canopy really stands to benefit from Constellation’s expertise.”

Some of Canada’s 69 licensed producers are deliberately setting themselves up to be investment targets for international companies, which they say would give them immediate access to international branding expertise, technology and a large pool of capital.

One of those companies is Victoria, British Columbia-based Emerald Health Therapeutics (TSXV: EMH).

“We expect both types of consolidation, where licensed producers merge with each other, and then we do see entities with large amounts of money like tobacco, alcohol and pharmaceutical industries making their foray into the marketplace and transforming companies,” said Emerald Health Therapeutics Executive Chairman Avtar Dhillon.

Dhillon said he expects more cross-border deals to take place, and Emerald is developing products and building infrastructure in the hopes of making itself an attractive investment target.

“A Fortune 500 company going across the border is validation for the entire Canadian industry, and it will pave the way for more U.S. companies to follow suit,” he said. 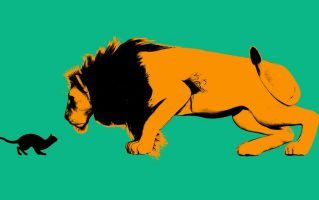