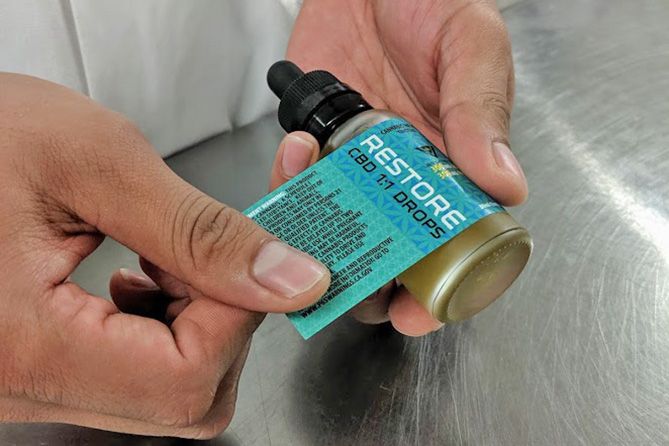 Marketing inexperience and advertising restrictions make it unusually challenging for craft farmers to market their brands effectively. For example, even farmers who use organic growing methods can’t make that claim on their packaging because federal prohibition prevents cannabis growers from obtaining organic certification from the U.S. Department of Agriculture.

Some states are trying to create regulations to help craft farmers. In California, for example, regulators have a mandate to create an appellation system for cannabis growers similar to what exists for wine. (See “What the wine industry can teach craft growers
about appellations.”)

In 2023, California regulators are expected to launch an organic certification program.

“As those programs roll out, it’ll further enable smaller local growers to compete,” said Bryce Berryessa, CEO of La Vida Verde, a craft infused product company in Santa Cruz, California. “You can tell the story of the regional qualities and characteristics that differentiate (your product) from the mountains of Santa Cruz to the farmlands of Salinas. You can put that classification on that product so that it elevates it to a higher level than a commodity, which will benefit smaller and medium-sized businesses.”

Such changes will be helpful, but the more urgent regulatory need—short of an end to federal legalization—is allowing interstate cannabis exports. That’s because the biggest threat to craft cannabis, advocates say, is not enough market access for the thousands of small farmers in easy-to-cultivate cannabis regions such as Southern Oregon and Northern California who are prohibited from sending their cannabis to regions less suited for cannabis cultivation.

“All this Oregon cannabis is confined to a market of 3.9 million people. So, right now, you have small farmers who are not making money off their crop because the prices are too low, and they’re getting crushed by big companies who can lose money for much longer and who are vertically integrated and pushing locals off of shelves,” said Adam Smith, president of the Craft Cannabis Alliance in Oregon. “You have a slaughter. You have these big, deep-pocketed brands who can buy off these smaller, struggling brands for pennies. As more locals get pushed out, you’re going to end up with an industry here that’s no longer owned by the locals.”

Efforts are underway, however, to open cross-border cannabis trade. In mid-June, Oregon passed a bill permitting state growers to export cannabis to other states with legal cannabis programs—but only after federal legalization. In late June, U.S. Sen. Ron Wyden and U.S. Rep. Earl Blumenauer introduced the State Cannabis Commerce Act in Congress, which, like the state-level legislation, urges an end to the ban on interstate exports.

It’s unclear what, if any, effect either piece of legislation will have, but craft industry advocates are staunchly behind them.

“To save this local craft meta brand, we need to be able to export,” Smith said. “If we don’t open markets where local producers can sell their products at a fair price, they’re not going to make it.”

Berryessa agreed. “Craft is a business that started with passion and purpose and has ties to its locality. Everything that we can do from a regulatory perspective to enable those businesses to tell their stories, the more options we’ll have in the marketplace and the better it’ll be for the consumer,” he said. “We need a legal system that evolves in a way that supports small farmers and brands in the space. That requires more access.”