Raising money is an extraordinarily difficult task in the medical cannabis industry, a fact most entrepreneurs learn rather quickly when trying to get a marijuana-related business off the ground.

Landing loans and investments is so tough that more than 80% of cannabis business owners rely solely on their own personal savings and credit cards to launch their operations, according to data in the Marijuana Business Factbook.

But a startup company hopes to change the cannabis investment climate by providing a way for marijuana entrepreneurs to raise money via a relatively new business financing method called crowdfunding.

WeCanna – which plans to officially launch this summer but already has an informational website up and running – will feature a variety of marijuana-related business ideas and projects that individuals, consumers and advocates can support by making small monetary contributions. These “investments” could be anywhere from $5 to several thousand dollars. The idea is that hundreds of people will pitch in whatever they can to help get a business idea or cannabis project off the ground, providing entrepreneurs with the precious funding dollars they typically can’t find elsewhere.

“Basically, WeCanna will be an online hub linking entrepreneurs with people interested in helping them launching projects,” Kaufmann said. “This will offer a new financing option for the industry.”

Individuals who make contributions will not receive a stake in the company, at least for now. However, all donors will get recognition, such as a thank you email, while those who contribute at a higher level (say, $50 or more) will receive some type of reward tied to the product or idea.

The site will focus on the ancillary side of the cannabis business, meaning it won’t involve dispensaries, cultivation sites or other operations that handle marijuana directly.

Still, the list of potential projects is vast: Think everything from cannabis-related documentaries and books to paraphernalia, packaging, branding services, apps and software. WeCanna will likely even feature fundraising efforts for cannabis-friendly politicians and legislation, ill patients and people who have been harmed by the nation’s marijuana laws.

“It’ll involve pretty much everything but the plant,” Kaufmann said. “It’s all the ancillary products and services, including hemp products. We will even accept some artistic endeavors.”

Aside from actual crowdfunding opportunities, WeCanna will run articles on entrepreneurs and startup companies to give others a sense of what’s possible and how people are launching businesses in this industry.

WeCanna won’t accept every idea. Entrepreneurs will actually have to submit business plans, and there will be a vetting process to ensure quality ideas are presented.

The site will model itself after popular crowdfunding pioneers like Kickstarter and Indiegogo, which focus on general business ideas and projects but typically don’t list cannabis-related submissions. WeCanna will generate revenue via a 6-7% commission on projects and also by offering advertising and providing business services to startups.

Entrepreneurs who submit ideas can choose to either keep whatever amount they raise through the site – minus the commission and transaction fees – or set an “all-or-nothing” goal. If those who take the all-or-nothing route don’t meet their stated funding goal, they don’t receive any of the money and are therefore not charged a commission. Under that scenario, all of the money is returned to those who donated it.

The site has some professional muscle behind it.

Kaufmann comes from a corporate background, boasting 10 years of branding and marketing experience at companies like Kettle Foods. She also has an MBA in branding from Pepperdine University. The other co-founder is a well-known name in cannabis investment circles: Troy Dayton of the Arcview Group, which works to connect angel investors with entrepreneurs.

Dayton said he got involved because he realized the vast potential of crowdfunding in general, and specifically for the marijuana business.

“I hear all day long from people who want to invest but they are not wealthy, consumers who want to participate and help the industry but don’t know how. Crowdfunding gives them that ability,” Dayton said. “For companies it provides another funding vehicle. And for (higher-level) investors, it will allow them to see how the market is responding to various things. Crowdfunding measures demand in interesting ways.”

As an added benefit, WeCanna will offer to pass on the best ideas to the Arcview Group, which will then put them in front of angel investors.

Kaufmann is convinced that crowdfunding will take the cannabis industry by storm. She estimates that WeCanna will lead to $500,000 in contributions/investments by the end of the year, which would provide a major boost to marijuana-related businesses.

The long-range plan is to eventually include projects that involve marijuana directly, but that’s not viable now given the many legal concerns surrounding cannabis. The ancillary side is much less risky, though there are challenges involved with this part of the industry as well. States have different laws surrounding issues like paraphernalia, so WeCanna will have to navigate some tricky areas when it comes to providing rewards for those who make contributions. Dayton said there are other challenges as well, such as finding a credit card processor to handle transactions.

WeCanna is currently accepting submissions and will vet them in the coming months. It will then select about five to 10 projects to feature when the site officially launches this summer.

“We’ve got some really interesting project submissions already,” Kaufmann said. “One guy wants to do a video about cannabis consumption and post-traumatic stress disorder – he’s a veteran – and that’s a really hot issue right now. We’re excited about what’s to come.” 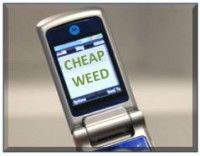 Medical Marijuana Legislation Off the Table in West Virginia, Stalls in Florida

Cannabis Stocks Start First Quarter With a Bang, End With a Fizzle as Hype Subsides