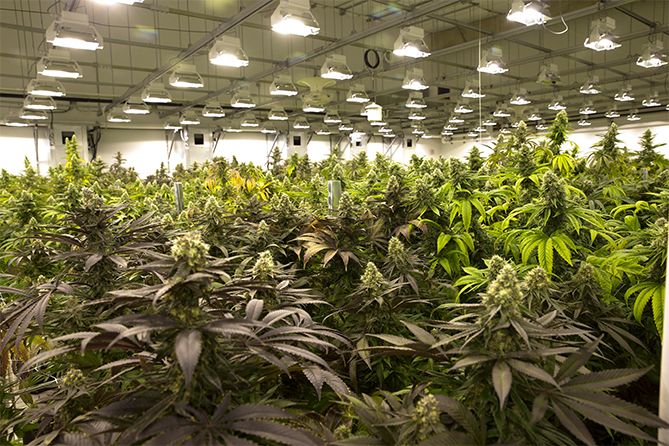 Flush with $35 million in new funding, Alternative Medical Enterprises is expanding in Florida and Arizona – and it has eyes on new markets across the nation and abroad.

The vertically integrated medical marijuana company is plotting its expansion in a deliberate matter. Rather than employing greenhouses, for example, AltMed has opted for indoor cultivation facilities in Florida and Arizona to better guard against mold and pests.

The Sarasota, Florida-based company also is turning to science to improve the quality of its MMJ. In Florida, staffers in an onsite laboratory oversee plant breeding with the aim of growing MMJ targeting specific medical conditions. To promote crop quality, AltMed also has identified key “premium genetics” for its plants.

Since raising $35.4 million in April, AltMed has been on a building spree in the Sunshine State. The company has built out a cultivation facility and manufacturing center, in addition to a laboratory.

The funding, which allowed AltMed to erase the debt on its balance sheet, also will permit the company to build out the 25 dispensaries it is authorized to operate in Florida.

In addition, the company is expanding its footprint in Arizona, where it sells more than half the flower it grows to other dispensaries. AltMed has a 30,000-square-foot indoor cultivation facility in Arizona as well as an extraction and manufacturing facility and a dispensary.

Looking ahead, AltMed plans to expand to 12 more states through licensing agreements with companies that would sell its branded products. The company also has its eyes on Canada and Europe.

In Florida and Arizona, AltMed has invested heavily in its indoor cultivation facilities rather than using a greenhouse, where it’s typically cheaper to grow cannabis.

“In Florida, an indoor grow is the most practical because it eliminates mold issues,” said Todd Beckwith, AltMed’s director of marketing. “There are people growing in greenhouses, but we think they’re going to have problems.”

AltMed also has partnered with Florida-based Plants of Ruskin, which has more than 35 years of experience in providing seedlings to farmers for vegetable and medical production. AltMed has been growing cannabis since November, using 50,000 square feet of a former Ruskin produce packing plant. To capitalize on Florida’s large MMJ market, AltMed plans to build out up to 100,000 additional square feet at the Ruskin facility.

In addition to eliminating mold, an indoor environment helps to eliminate pests, Beckwith said. In Arizona, for example, employees entering the production facility must pass through an air shower. In Florida, each employee “gowns in and gowns out,” uses sanitation wipes on shoes and wears a hairnet.

Beckwith said the key to producing top-quality products lies in the genetics. In Florida, AltMed had to sprout its initial grow from seed stock before cloning a phenotype. The company got THC levels of 29%-31% on its first harvest from seed stock, according to Beckwith, who noted the maximum capability was 35%.

“We’ve accelerated our Florida program because we’ve already identified premium genetics of the strain,” Beckwith said. “It can take one to two years to get a good genetics and mother room. Our master grower in Florida is one of the world’s foremost cannabis genetics people.”

“All phenotypes are not the same,” Beckwith said. “It’s like genetic engineering to maintain the exact integrity of the strain.”

AltMed produces and dispenses medical cannabis mainly in the form of pharmaceutical-grade smokeless products such as topicals, vape products, patches, inhalers, shatter and crumble, oral sprays and tinctures. Its transdermal patches last up to 12 hours, and the company is introducing a 72-hour patch.

AltMed, which is one of more than a dozen MMJ companies licensed to operate up to 25 Florida dispensaries each, currently has stores in Apollo Beach and Sarasota and is planning to open a third in Tampa.

While AltMed is vertically integrated in Florida and Arizona, the company is expanding its presence in other states through licensing agreements to avoid steep construction costs that would come with building new facilities from scratch.

“Those two states make up 20% of the medical cannabis industry,” Beckwith said. “Because cannabis can’t be moved across state lines, it requires tens of millions of dollars to set up operations.”

AltMed is in various stages of licensing its products under its MüV brand in 12 states. It’s also looking for opportunities to expand into Canada and Europe.

To diversify its product offerings, AltMed recently formed a partnership with Boulder, Colorado-based Wana Brands, a producer of marijuana-infused edibles. The aim of the partnership: bring Wana’s MMJ products to AltMed’s Florida dispensaries. Wana products that will be available exclusively at AltMed Florida’s MüV dispensaries include a slow-release capsule and a low-dose THC lozenge.