The Denver City Council has backtracked on a proposal to ban the smoking of marijuana on private property if it occurs in sight of public sidewalks or streets.

Instead, the council is leaning toward allowing consumers to smoke anywhere on their property – porches, balconies, front yards, etc. – or with the approval of the landlord.

A final vote on the issue will come next week, but at this point seven of the 13 council members are against the ban.

The so-called “front-yard” smoking ban would impact the consumption of smokeable marijuana such as dried flowers, keef and hashish, steering more individuals towards edibles and infused products. It could also boost demand for vaporizers and other devices that conceal the smell of marijuana when smoked.

Opponents say a ban would further stigmatizes marijuana consumption and that it was not created in the spirit of Amendment 64, which legalized marijuana for recreational purposes. Some council members said they worry about enforcement as well, stating their concerns over private property rights and overpolicing. 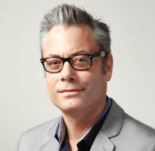