Some municipalities in Oregon are preparing to block medical marijuana dispensaries as the state prepares for state-sanctioned sales.

Cities like Medford and Myrtle Creek are changing municipal laws to prevent dispensaries from obtaining business licenses, according to the Associated Press. Others could file lawsuits in federal court, arguing that the drug is federally illegal. Marijuana advocate Allen St. Pierre acknowledged that, “There will be dry counties.”

Oregon voters legalized marijuana dispensaries in August, and the state is five months away from issuing licenses for the stores. Roughly 175 unregulated dispensaries exist today.

It was only a matter of time before cities in Oregon began pushing back against the new law: Moratoriums are a common tool used by cities in other MMJ states to block dispensaries. The cities will likely win this battle, as there is little the industry can do to prevent these moratoriums.

Another Connecticut Town Shuts Out MMJ 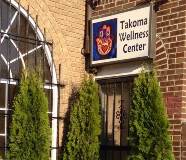