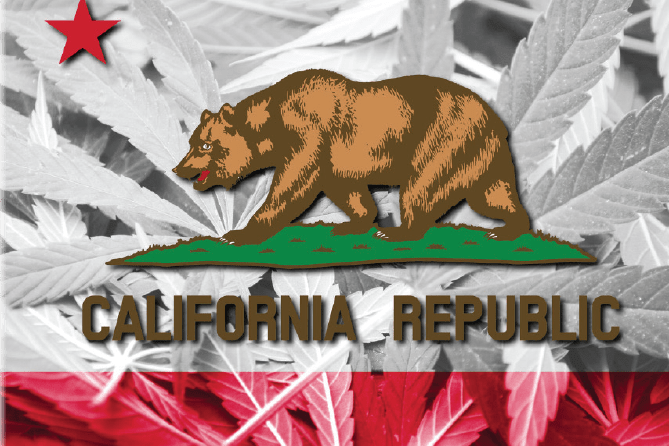 Many cannabis business owners will be asking that question after the November elections, when eight states will vote on whether to legalize medical or recreational marijuana. Another state that legalized MMJ years ago, Montana, will decide whether to allow commercial cannabis operations and dispensaries.

If even some of these measures pass, there could be several new fertile markets for existing marijuana companies looking to expand.

In some cases, legalization will open the door wide open for out-of-state entrepreneurs and investors. In other cases, the legalization measures favor in-state residents and companies, so outside entrepreneurs will have to find a local business to either partner with or license their brand.

Regardless, cannabis executives could see their expansion prospects brighten considerably.

While some companies – particularly ancillaries – will target every new market, many retailers, cultivators and infused products manufacturers will need to determine where to focus their resources and time. Marijuana Business Magazine spoke with several industry consultants about which markets will be the ripest for expansion. They singled out three: California, Florida and Massachusetts.

This is the obvious one, given that California is the white whale of the cannabis industry.

The state has the largest medical marijuana market in the country as is, albeit an unregulated one. If voters approve a proposal to legalize recreational marijuana this fall, it could lead to billions of dollars in new business opportunities.

With a population of almost 39 million and thousands of medical marijuana-related businesses waiting to jump into the rec market – including lighting companies, testing labs and existing dispensaries – the state is viewed by some as already too crowded to be a good place for out-of-state companies to set up shop.

Not so, argued Avis Bulbulyan, the CEO of Siva Enterprises, based in the Los Angeles metro area.

Part of the reason is that many existing medical marijuana businesses will be unable to meet new regulations on the MMJ industry that go into effect in 2018. That will open the door for more out-of-staters to get involved in California’s medical cannabis business and then transition into rec once that program emerges.

“Everybody assumes that it’s oversaturated, but it’s not,” Bulbulyan said. “Even if it is, when you go through (MMJ) licensing, 60%-70% of the existing operators probably won’t be in business come 2018. You’re talking about securing a local permit for $100,000, maybe $150,000, and you’re setting up shop in a major metro market.”

Although Proposition 64, the initiative this year to legalize rec in California, has a residency requirement, there’s no such mandate in the state’s batch of new medical marijuana industry regulations the legislature approved last year.

If Prop 64 succeeds, it will probably take a few years to implement, which gives out-of-state companies time to establish a foothold in California’s MMJ industry – and establish residency – before the rec market really opens up.

With a massive population and a huge senior demographic, Florida could become one of the biggest medical marijuana markets in the country if an MMJ measure on the ballot is successful.

The measure, Amendment 2, doesn’t include a residency restriction for businesses, making it particularly attractive to expansion-minded executives at cannabis companies in other states.

“Florida is probably the best state to look at for expansion, at least in the shorter term,” said Kris Krane, the president of 4Front Advisors. “You’ve got more major metro markets in Florida than any other medical state aside from California. So there’s a large population base, a large patient base and maybe a fairly large number of licenses.”

Krane said another reason Florida is a good target is because new entrants wouldn’t face the kind of barriers they might encounter in other markets. Many of the other 2016 legalization measures are for recreational marijuana in states that already have legal MMJ industries. And a lot of those initiatives contain protectionist clauses that give existing medical cannabis companies a leg up over would-be competitors.

The only new medical markets that may open up after the election aside from Florida are Arkansas and North Dakota. Neither can hold a candle to Florida in terms of market potential.

Massachusetts would be in a prime position to serve recreational marijuana to consumers across the eastern United States if voters there approve an adult-use measure this November. To date, no state east of Colorado has approved rec sales.

Although Massachusetts’ adult-use initiative would give the first shot at rec licenses to existing MMJ businesses, the market would open up to out-of-state players wanting a retail license after a year, and those wanting a cultivation permit the following year, Krane said.

Massachusetts is also much less saturated with existing companies that have brands to peddle, and it has a population of nearly 7 million, noted Colorado-based consultant Jill Lamoureux.

Experienced operators who want to tap the state’s rec industry will have a couple of big advantages over newer players, she added.

“One of the advantages existing operators have is an ability to raise money,” Lamoureux said. “They have a track record, which makes it easier for them to obtain the massive amounts of funds that are needed now in some of these states.”

That could be crucial in Massachusetts, where many medical businesses had to wait months, or even years, before they could open. Dozens of applicants were still waiting, as of press time.

If lawmakers were to establish a merit-based licensing system for permit winners, that could also give out-of-state companies a leg up, even if they opt to partner with an in-state company to win a license. Lamoureux pointed to New York, where three of the five medical marijuana license winners were experienced companies from outside the state.

“We’ve often seen the regulations give credit for existing experience, so that if the legislation gives deference to that, obviously those states are the best,” Lamoureux said.