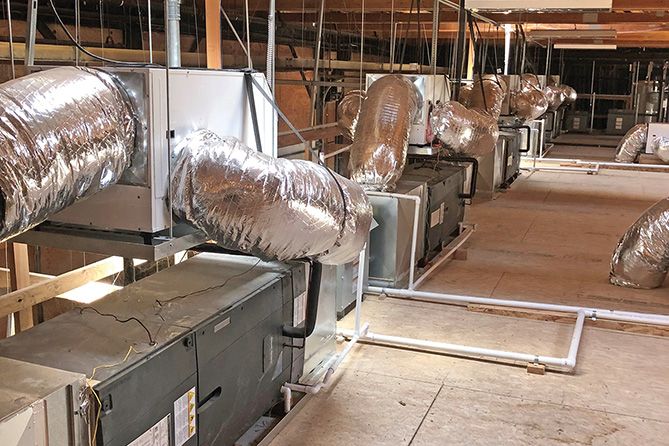 Even if you love the smell of cannabis, your neighbors or nearby business owners might not.

Depending on where a marijuana cultivation operation is located, local ordinances might require business owners to mitigate or control the odor. Businesses also might want to control odors just to be a good neighbor and foster positive relationships in the community.

A number of options exist for odor control, but cultivators will want to find one that doesn’t negatively alter the environment in the grow facility or affect plant health and product quality.

Growers also want to be aware of construction quality at the grow site. Corners should be square, and doors and windows should seal to prevent any telltale marijuana smells from escaping.

“Keep in mind that, no matter what, there’s no odor control out there that’s going to be 100%,” said Dr. Laura Haupert, director of research and development for OMI Industries, a Rising Sun, Indiana-based company focused on controlling odors for a variety of industries.

In Portland, Oregon, Cody Kimmel, director of facilities and construction for Stem Holdings, a cannabis real estate company specializing in acquiring and improving properties within the cannabis industry, and Yerba Buena, a marijuana cultivation operation, uses two systems: one for an indoor grow and one for a greenhouse operation.

He opted for a carbon filter system connected to exhaust fans on his indoor grows. Porous carbon filters allow air to pass through as the odors bind to the carbon, trapping in the offensive smells.

“The only way that you’re neutralizing the odor of cannabis in the air is to send it through the carbon filter,” he said.

For a greenhouse system, Kimmel said it’s too expensive to use a carbon-filtration system for the entire grow, and it also disrupts air flow. Instead, he uses a system that sprays a mix of water and orange peel oil into the air as it leaves the greenhouse.

“It’s kind of like an air freshener,” he added.

Todd Statzer, director of environmental sciences for Urban-Gro, based in Lafayette, Colorado, goes a step beyond carbon filters.

He doesn’t like the ongoing maintenance that’s required to keep them clean, and he said carbon filters remove only odor. Statzer uses them as a supplement to another piece of equipment.

His team uses a purification system called Element Air that’s mounted in the air ducts to help control microbials, including mold and mildew, as well as the outgoing cannabis aroma.

“It’s really about treating that odor proactively and making sure that you have any port going out covered,” Statzer said. “Cannabis is much stronger smelling than almost any other odor known to man.”

Statzer also uses a HEPA filter that traps particles and can be wall-mounted or part of an HVAC system. He calls the systems together “the trilogy of microbial and odor control.”

The system Haupert uses is similar to Kimmel’s greenhouse setup in that it uses natural plant oils to neutralize the odor for outdoor and greenhouse grows.

The broad-spectrum blend of plant oils she uses is intended to neutralize odors across a variety of different strains.

“You’re not talking about one or two chemicals that come off of them,” Haupert said. “There is definitely a large mixture of chemicals coming off.”

The odor-control system is set up as close to the vent on the outside of the greenhouse as possible.

“You have to make contact with the odorous molecules if you’re ever going to have any chance of actually removing those odors,” Haupert said.

Her unit is either wall-mounted or sits on a stand above a 55-gallon drum, depending on how the cultivation operators configure their canopies. This is connected to vapor ducting where the plant oils combine with the cannabis to neutralize the smell.

Haupert agrees with Statzer that it’s necessary to use more equipment than just carbon filters.

“It’s not that carbon filters don’t do anything,” she said. “But they don’t get all the odors that come out.”

Impact on the Grow Environment

Kimmel’s carbon filters don’t affect the temperature or humidity in the room, but they can have an impact on air flow.

The later the plants are in the flower cycle, the more pungent they become, therefore more odor mitigation is required.

“If you’ve got flower that’s seven weeks in, the smell is overpowering,” Kimmel said.

Statzer said the same for his grow operation. He emphasized that air circulation is important for efficacy.

“You’re going to run it when you’re harvesting, when it’s the worst,” he said of his air-purification system. “As that flower matures, it’s letting off more terpenes.”

While Haupert emphasized the importance of making contact with the odor molecules, she stressed that outside plant oils should never touch cannabis.

“You never would want your odor-control product to come into contact with the plant,” she added.

Aside from the filters and plant-oil products, it’s essential the grow facility is correctly constructed.

“Everything’s got to be airtight,” Kimmel said.

He pointed out that cultivators will want to ensure the corners, cracks and doorjambs in the grow are sealed to prevent gaps that could allow odors to escape.

“If you’re pulling in air conditioning and exhausting air, you’re creating different pressure zones, and the air’s going to want to suck in from those areas,” Kimmel said.

Statzer agreed, saying that entryways are key places to monitor.

“You want to make sure you have your doors constantly closed, so you’re not spreading that odor,” he added.

Statzer said growers should even consider putting a filter on the bathroom fan.