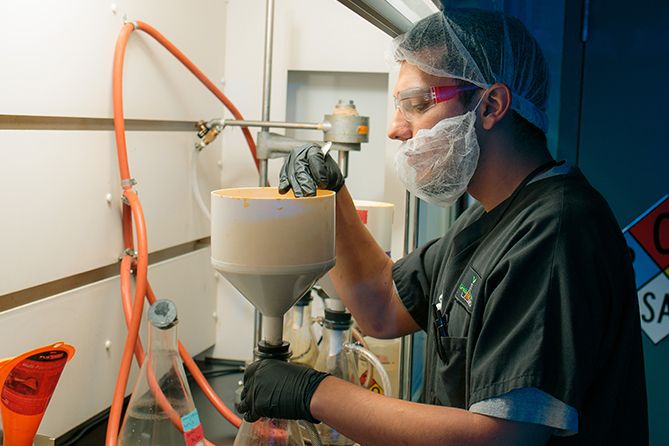 The most frequently told story of cannabis extraction gone wrong involves an unregulated, home-based facility and a large explosion. Usually the main victim in this story is using butane or propane as the solvent. Licensed operators, however, aren’t immune from such risks.

In fact, highly flammable hydrocarbon extraction remains the most dangerous of the three main types of extraction, ahead of ethanol and CO2. Ethanol is also flammable, but not to the same degree as butane and propane.

Not only can the hydrocarbons start on fire, but they’re also an asphyxiant that can kill a person.

“If you were to have a large release of butane into your room, one of the dangers would be the extractor would then suffocate,” Claypool said.

Xtracted’s Abernathy defends the safety of hydrocarbon extraction. He compares it to filling a car with gasoline at a gas station.

“If you were to allow consumers to put gas into anything they wanted, it would be a highly dangerous place, and you would have explosions on a regular basis,” he said.

But sensible industry regulations create an extremely safe environment for extractors, according to Abernathy. The regulations vary from state to state – although municipalities can set them, too. In Colorado, for example, hydrocarbon extraction must be done in a highly regulated environment that includes an exhaust system to prevent explosions.

Puffin Farm’s Wilhoit said his company chose to work with CO2 because it’s safer than hydrocarbon. Wilhoit is comfortable that even though CO2 extraction requires high pressure, the machines he’s using are sturdy enough to mitigate any risks.

But, as with butane or propane, CO2 can suffocate workers if there’s a leak and it replaces the oxygen in the room. To combat this, Wilhoit’s Seattle facility has audio as well as visual alarms that are triggered automatically when the sensors detect a leak.

“I don’t believe there’s any danger of dying from asphyxiation in our facility,” he said.

Verdict: CO2 is the safest. While potentially fatal if leaking into a room without the proper sensors, CO2 won’t turn your facility into an exploding fireball – unlike hydrocarbon extraction.