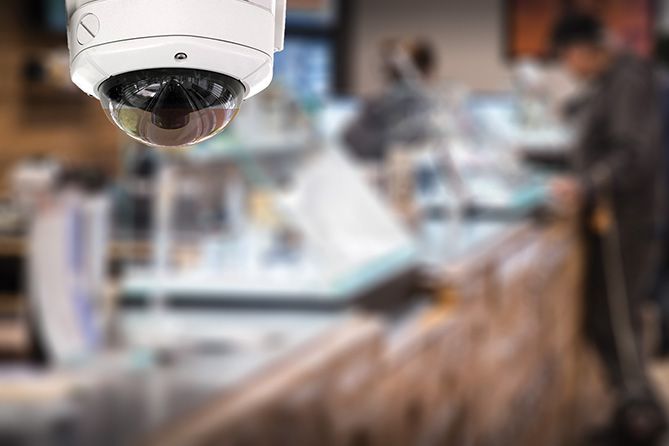 Is employee theft in the cannabis industry a curse that’s been cured—or a problem that’s taken on a new, more covert form requiring special attention from retailers?

Several marijuana retailers cite reasons to discount the extent of employee theft, including state-mandated security procedures and a culture of honesty and trust that limits the problem.

While anecdotal evidence suggests employee theft may be declining, it hasn’t necessarily been eliminated, and retailers may want to take preventive steps.

“After speaking with employees at Smokin Gun, I learned of possible product theft in other shops, but it’s likely due to the area in which the shop is located,” Braack said.

Believing employee theft isn’t as much of a problem anymore is “wishful thinking,” Cohen said.

Covert practices, he added, range from employees giving discounts to friends and customers to encourage bigger tips to taking small amounts of cash, usually less than $20.

Changing permissions in the POS system is another way employees can steal. Cohen points to one case in which an assistant manager at a client’s store was under pressure to improve her performance. To do so, she changed the permissions settings on the store’s POS system, enabling her to offer discounts and drive up sales.

Whatever the extent of employee theft, Cohen suggests analyzing POS systems data to detect it.

Doing so may reveal certain patterns, he said—for example, small amounts that go missing from the cash drawer or refunds transacted first thing in the morning, when the rest of the staff isn’t around to witness a customer making the transaction.

Looking for such trends, Cohen said, will reveal how “less than 10% of the staff accounts for 90% of the theft.”

Employee theft is a big issue for retailers in general. The National Retail Foundation’s 2018 National Retail Security Survey found that shoplifting, employee theft and organized retail crime comprise about two-thirds of the $50.6 billion contraction in the retail industry overall.

However, Morgan Fox, media relations director with the National Cannabis Industry Association (NCIA), said that although there’s no data to confirm declining theft in the cannabis retail sector, anecdotal evidence suggests it’s not much of an issue.

“What few instances occur are mostly dealt with internally and do not involve law enforcement, so such stats may not exist,” Fox said.

“NCIA’s members bring many issues to our attention,” he added. “So far, employee theft in any form has not been one of them.”

Gavin Kogan, founder of Grupo Flor, a Salinas, California-based, vertically integrated company with operations in California as well as Latin America and Europe, echoed that view.

Kogan said that although there may still be some theft of bud—and although he’s hearing about packaged product being sold to illegal shops—his company has experienced only one unconfirmed instance of employee theft.

“Every employer has some degree of theft,” Kogan said. “But it’s not like I have a bunch of horror stories I can share.”

Barry Davidson, director of strategic engagement with 3 Sixty Secure Corp., a Canadian risk solutions firm that he said has worked with more than 100 retail sites across Canada and the United States, also acknowledges there’s no data to prove either a decline in employee theft or an assertion that it’s become covert. But Davidson said he’s seeing a shift toward less “opportunistic” and more “motivated” theft.

Despite the presence of cameras and other security equipment, there are numerous clandestine ways in which employees can continue to divert cash and product from retailers, security experts said.

Cova Software’s Cohen, for example, suggests that retailers be alert to the following:

Discounts: Employees may give discounts to friends and customers to encourage bigger tips or generate higher sales and improve their own sales performance record.

Cash skimming: Employees steal small amounts of cash (usually less than $20) from the drawer before the money is counted, assuming it will go unnoticed.

Weighing heavy: The store allows for slight overages when weighing loose flower, but the employee weighs precisely, charges accordingly, and pockets the sum of what could have been the overages.

Setting permissions in the POS system: This can allow access to secure areas or the ability to give discounts.

“Whenever you challenge the human psyche to get around something, it will,” Davidson said.

Asked to comment, one Colorado retailer, who requested anonymity, said that although the state requires budtenders to carry an occupational license that “acts as a deterrent,” such covert theft is “a possibility” she hadn’t considered.

Experts recommend several strategies retailers can use to reduce the odds of employee theft.

Both Davidson of 3 Sixty Secure Corp. and Cohen stressed the importance of adequately compensating employees, many of whom make minimum wage despite working in an environment that sees large inflows of cash.

“Employees who make minimum wage may feel entitled to steal, versus those at above-market wage,” Cohen said.

Finally, Cohen suggested retailers take dispensary design into consideration and allow only designated employees to process cash. Think about dispensary design in terms of creating a positive customer experience while limiting opportunity for theft, he noted.

For example, “Some stores take orders via a tablet on the floor, which then sends the order to a centralized fulfillment and payment location, thereby limiting employee access to both the product and the payments,” he added.